In the Italian and Sicilian mafias, the head of the crime family goes by many names: Capo, Don, and Godfather being some of the most common. It’s that last one, Godfather, that’s the best known due to the iconic Hollywood mobster film of the same name.

So, any weed strain called “Godfather” better live up to that powerful reputation. And Godfather OG, once considered the most potent pot on the planet, indeed pays tribute to La Cosa Nostra’s wicked legacy. Or so we hear.

Regardless of Godfather OG’s true lineage, the strain has won accolades. The most pristine nod came in 2013, when Alpha Medic’s Godfather OG won 1st Place for the Best Indica category at the High Times Cannabis Cup in Los Angeles.

Why did Alpha Medic’s Godfather OG receive this award? Godfather OG is known for its heavy-lidded heady effects, which can get even the most experienced stoners drawling harder than Marlon Brando as Don Corleone. Lab data at Leafly places the strain’s average THC range around 14 to 20 percent, which is about average, though the site also notes that some tests registered the strain as high as 28 percent THC.

But with the correct cultivation methods, the plant may be able to produce even more THC: International Business Times reported last year that at least one batch of Godfather OG tested at a monumental 34 percent THC, though the original source for the publication’s claim is no longer available online.

If we assume that the 34-percent value was true, then Godfather OG once boasted some of the highest THC levels ever recorded. To date, the most THC-loaded strain ever tested just a little higher, at 37.5 percent THC. 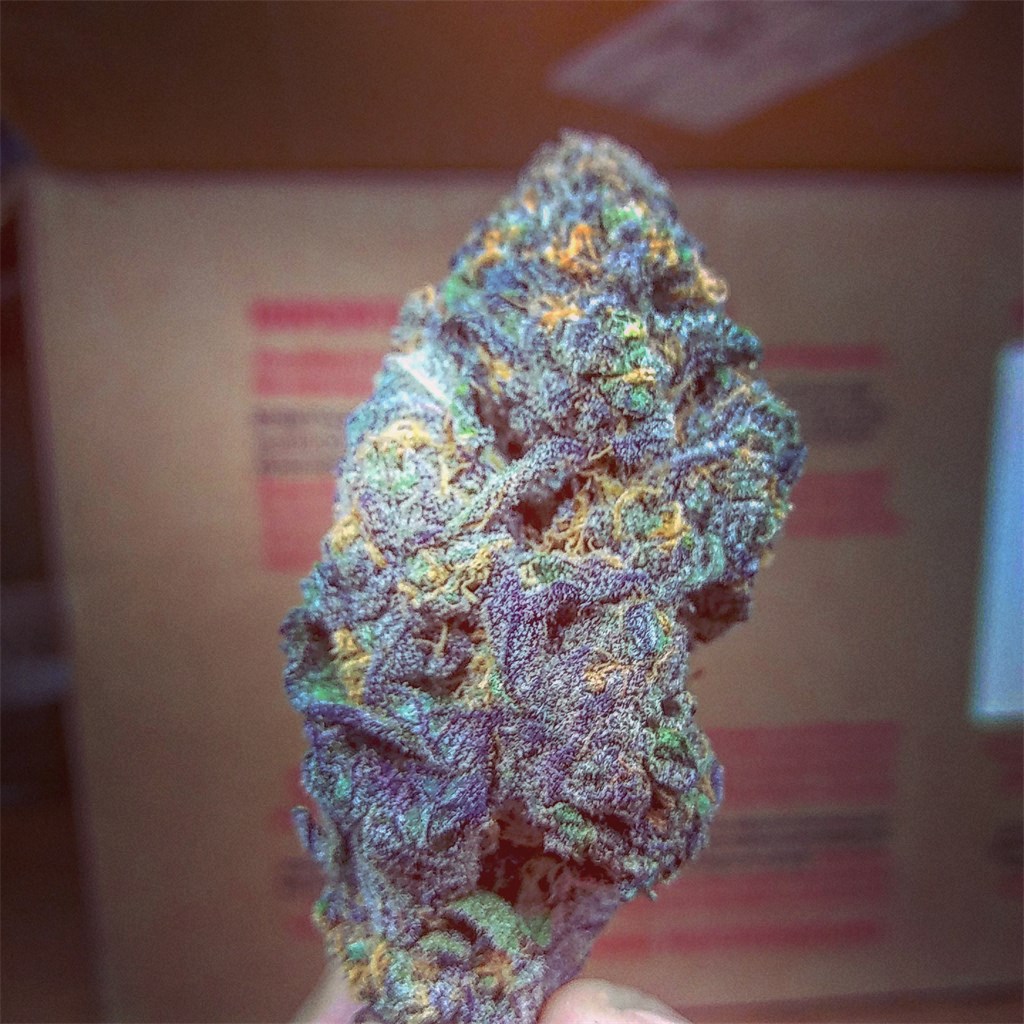 All cannabis strains produce terpenes, which are aromatic molecules that contribute to the buds’ flavors, scents, and possibly the kinds of highs they produce, too. Lab data indicates that Godfather OG’s most prominent terpenes are myrcene, caryophyllene, and limonene, in descending order. The major terpenes found in the strain explain why it typically tastes like spicy gas, though its most distinguishable flavor comes as hints of grape skins.

If you’re looking to get some sleep — but not with the fishes — seek out Godfather OG at your local pot shop. Since it likely originated in Southern California, tokers in that region will probably have the easiest time finding it.

What Is Godfather OG Weed and Is This Strain Really as Gangsta as It Sounds?
WEEDGANGSTA Power Share: