The cannabis community and the comics community currently exist in a detente stemming from a complicated relationship that rapidly evolved over the past few decades. Back in the ‘70s, ‘80s, and ‘90s, cannabis only appeared in DC or Marvel comics as the subject of PSAs, where superheroes like the Incredible Hulk or Batman would warn young nerds about the irreversible dangers of doing The Drugs™.

Some PSAs were even skeezily disguised as legitimate story arcs. For instance, a 1996 three-issue arc in Batman, aptly titled “Leaves of Grass,” pitted the Caped Crusader against the verdantly vivacious villain Poison Ivy and her creator, Jason Woodrue a.k.a. The Floronic Man.

Long story short, Floronic Man tries to take over the world by getting everyone addicted to his affordable-yet-hyper-potent reggie reefer. And Batman be damned if cheap schwag, smuggled into the US from another dimension, rots the brains of Gotham’s children on his watch.

Ultimately, “Leaves of Grass” was just another lame anti-weed PSA. After Batman and Robin kick everyone’s asses, the Boy Wonder pontificates, “I want my mind in the best possible condition ⁠— the way it’s meant to be ⁠— with me in control. And that’s why I’ll never take drugs.”

Whoever wrote that had to be smoking the Green Crack.

“Leaves of Grass” illustrates why DC Comics, which owns Batman, is inherently inferior to its main competitor, Marvel Comics, at least when it comes to cannabis. Last year, the Marvel Comics Universe legalized weed, so now Peter Parker really can, um, get down on Mary Jane — if ya know what we mean.

Meanwhile, in the DC Universe, Robin is probably chumming it up with Jeff Sessions and Kevin Sabet by day ⁠— and by night, he’s vigilantly patrolling the city for stoned axe murderers afflicted with pathetically low-IQs and scrota clogged with non-motile sperm.

Anyway, many of today’s hyped weed strains were, ironically, inspired by the comic book icons that once denounced the plant: Batman OG, Wonder Woman, Thor’s Hammer, Captain America OG, and Green Lantern, to list a few.

But one comic book character, who just-so-happens to hail from Marvel, has two strains named after him: Dr. Bruce Banner and his rampaging, invincible alter-ego, the Incredible Hulk. 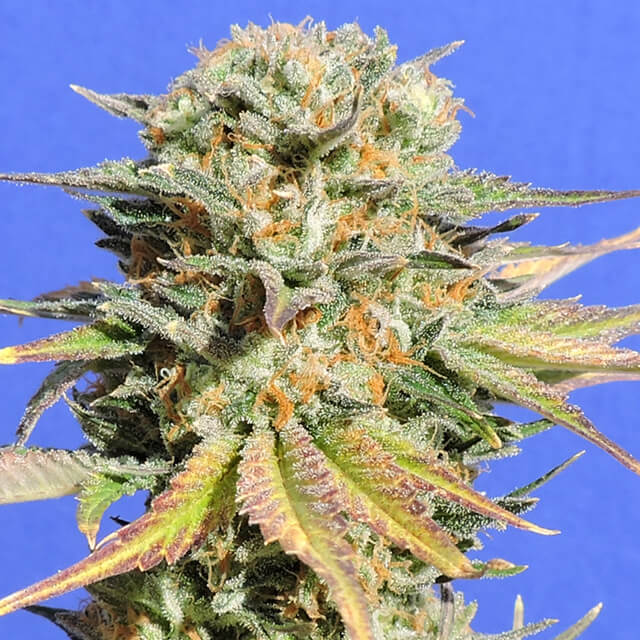 A Brief History of Bruce Banner, Both the Man and the Mota

The strain “Incredible Hulk,” purportedly crossed from Green Crack and Jack Herer, should be a popular powerhouse plant based on its name alone, but it’s not. Instead, “Bruce Banner,” the strain named after the Hulk’s gentler, softer side, is the bud you can find at an overwhelming number of pot shops across the country.

For those of you unfamiliar with geek culture, Dr. Bruce Banner accidentally created the Hulk after he tried to reproduce the Super-Soldier Serum that created Captain America. But, for whatever reason, Banner decided to try it with blasts of gamma radiation instead shooting himself up with CIA-approved jack-juice. 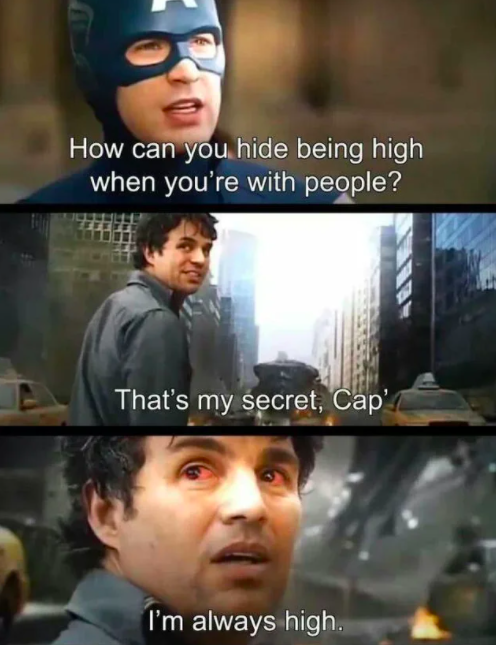 The radiation thing didn’t go as planned. Instead of becoming a well-toned patriotic acrobat who throws a cool boomerang-shield, Banner morphed into a giant green monster that smashes cities until he either tires himself out, or Scarlett Johansson sings him a lullaby — whichever comes first.

In the real world, most folks don’t want to feel like a strung-out maniac, which is probably why Incredible Hulk the anxious weed strain isn’t as widely available as the laid-back Bruce Banner strain. Developed by Dark Horse Genetics, Bruce Banner (technically, Bruce Banner #3) is a supremely chill cross of Strawberry Diesel and OG Kush. The Diesel genes likely give Bruce Banner its gas, while the Kush genes may be why many of this strain’s online reviews describe its heady effects as calming, relaxing feel-good vibes that could tame even the Hulk, yet still manage to avoid sedating the smoker into instant nap-time.

According to Leafly’s lab data, Bruce Banner’s THC content can range from 19 to 25 percent, placing it comfortably in the “higher than average” category. The three terpenes produced most by the strain are caryophyllene, limonene, and myrcene, with caryophyllene composing the most of Bruce Banner’s terpene content. Although no one is precisely sure of how terpenes may affect a cannabis experience, the higher amounts of the caryophyllene and limonene may contribute to the strain’s reportedly positive mood enhancement, while myrcene may contribute to the strain’s soothing properties.

Now, all this has us wondering: If someone gets too ripped on Incredible Hulk weed, can they come down by puffing on some Bruce Banner? And is getting high on Bruce Banner the secret to concealing one’s stoner status from sober folks?

What Is “Bruce Banner” Weed and Will This Strain Get You Ripped Like the Hulk?