Context clues in the names of strains can tell us a lot.

While hardly a science, words like “dream” in the name of a strain suggest sleep, whereas alternatives named for automatic assault weapons are in fact connoting a link to the potency of a given variety of cannabis, as opposed to something more nefarious.

When we look through the shelves at a dispensary or scroll through the endless menus offered by delivery services, sometimes the name of a strain is the first thing to catch one’s eye. Though it’s always wise to proceed with caution when relying on the concept of strains and their associated terminology, there is also a reason these different varieties of cannabis are labeled as they are.

Sometimes the name of a strain appears to go hand-in-hand with the type of consumer who favors it. Is it any surprise that a strain with a name like Mimosa is popular among chefs, or that one known as Wedding Cake is beloved for its sweet, vanilla taste? Seriously, those who prefer Zkittlez equate the consumption experience to tasting the rainbow when they get lit.

In the case of Black Mamba, the reference point in question is not the late NBA superstar who brought the nickname into the mainstream, nor the character played by Uma Thurman in 2003’s Kill Bill. While both can now be retconned into fitting with the strain’s vibes, they are not, as it turns out, the inspiration for this moniker.

The strain is, in fact, almost certainly named after the deadly African snake that also has a penchant for striking with great force. (By the way, there’s a term for a snake biting something and injecting it with venom: envenomation — the more you know!) Though the true genetics of Black Mamba are unknown, it is believed to have descended from the Granddaddy Purple line, though others speculate that it derived from crossing Blue Bubblejuice and Domina.

Black Mamba produces extremely dark, green leaves (sometimes bordering on purple or even black), but it is perhaps best known for its incredibly dense, aromatic nugs. The scent — semi-sweet notes of grape — is another hallmark of this relatively rare, indica-dominant strain. 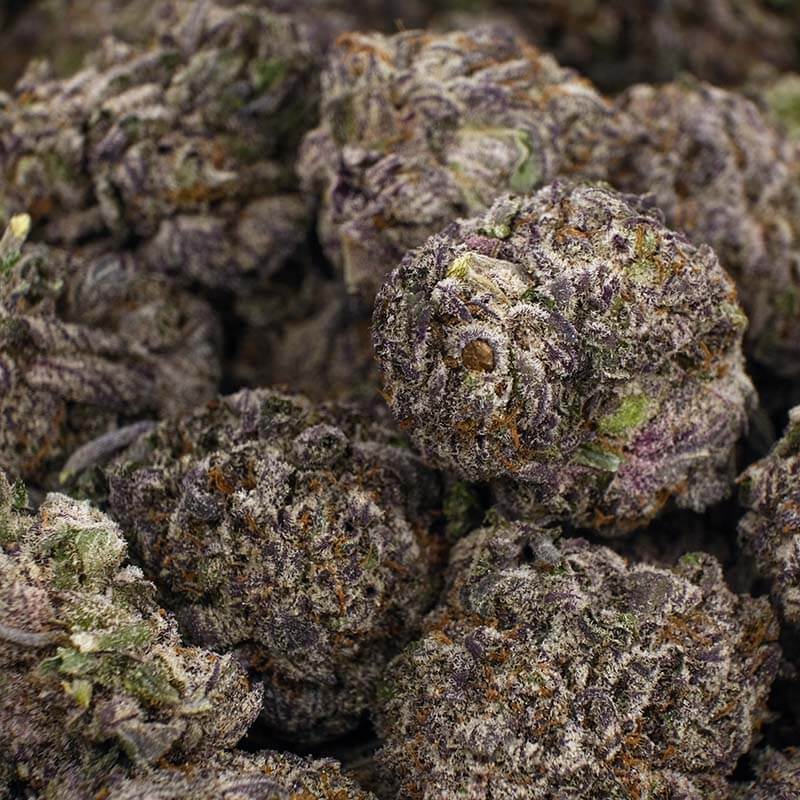 The high associated with Black Mamba is one that comes on hard and fast. In this sense, perhaps Kobe Bryant does have more in common with this strain than just a nickname.

However, while Bryant was maybe a fan of cannabis in his own right, those firing up some Black Mamba should not be expecting to start cashing jumpers and signing sneaker deals. Instead, this strain will send most consumers into a period of blissful inertia. Yes, in a true antithesis to Bryant’s infamously rigid dedication to staying active, this strain has a reputed penchant for putting butts firmly on couches. 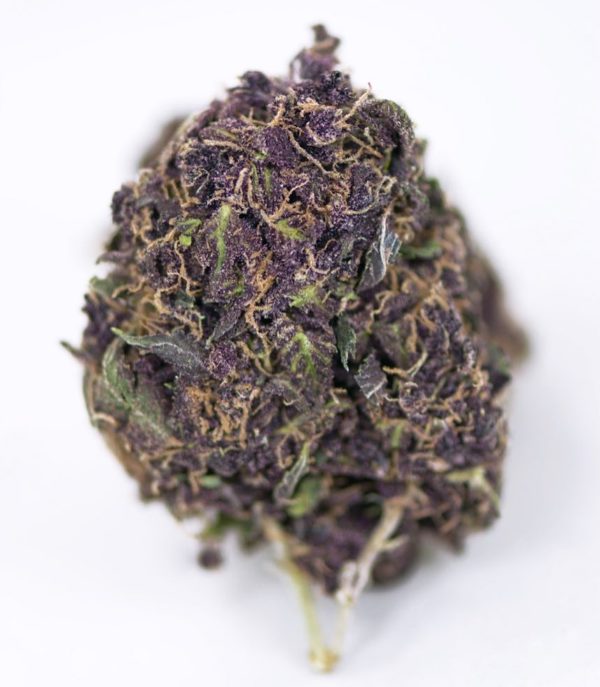 From a medicinal standpoint, Black Mamba has potential benefits for those suffering from depression, stress, disorders that affect one’s ability to focus, as well as some pressures related to glaucoma. Conversely, given the high potency of this strain, individuals prone to THC-induced panic are advised to steer clear, or, at the very least, start low and go slow.

While there may not be basketball to watch at the moment, taking a hit of Black Mamba may make whatever is airing on television feel like an NBA Finals-caliber moment. Just pace yourself — and perhaps keep a Gatorade nearby.

What Is “Black Mamba” Weed and Is the Strain Really as Potent as a Snake Bite?