During a Las Vegas rally last month, former Vice President Joe Biden called marijuana a “gateway” drug that leads to harder, more dangerous drug use. The ensuing media shitstorm blasted Uncle Joe for his long-debunked claim, which harshly distinguished him from his Democratic opponents, almost all of whom support legalizing weed at the federal level.

Despite Biden’s “OK, Boomer…” moment, his ill-informed statement wasn’t the stupidest thing a politician or pundit said about weed in 2019. It’s true that cannabis introduces some people to intoxicating substances, but the science says alcohol — not cannabis — is the real gateway drug. So on that note, we present to you a list of the most ignorant and irresponsible statements America’s politicians and pundits said about weed this year.

Let’s go back to that Biden thing, actually. Senator Cory Booker’s retort to the nation’s former VP at November’s Democratic debate wasn’t great either. Booker expressed dismay at Biden’s “gateway drug” comment, then quipped, “I thought you might have been high when you said it!” Cue thunderous applause and a million blog posts congratulating Booker for his televised takedown.

But look a little closer at that sentence. Sure, it was funny, but it also reinforced an old trope about cannabis consumers: Stoners are stupid. Or, in Biden’s case, utterly out-of-touch. C’mon, Cory! You’re all about destigmatizing cannabis, yet here you are perpetuating the same archaic rhetoric. You know better than that. 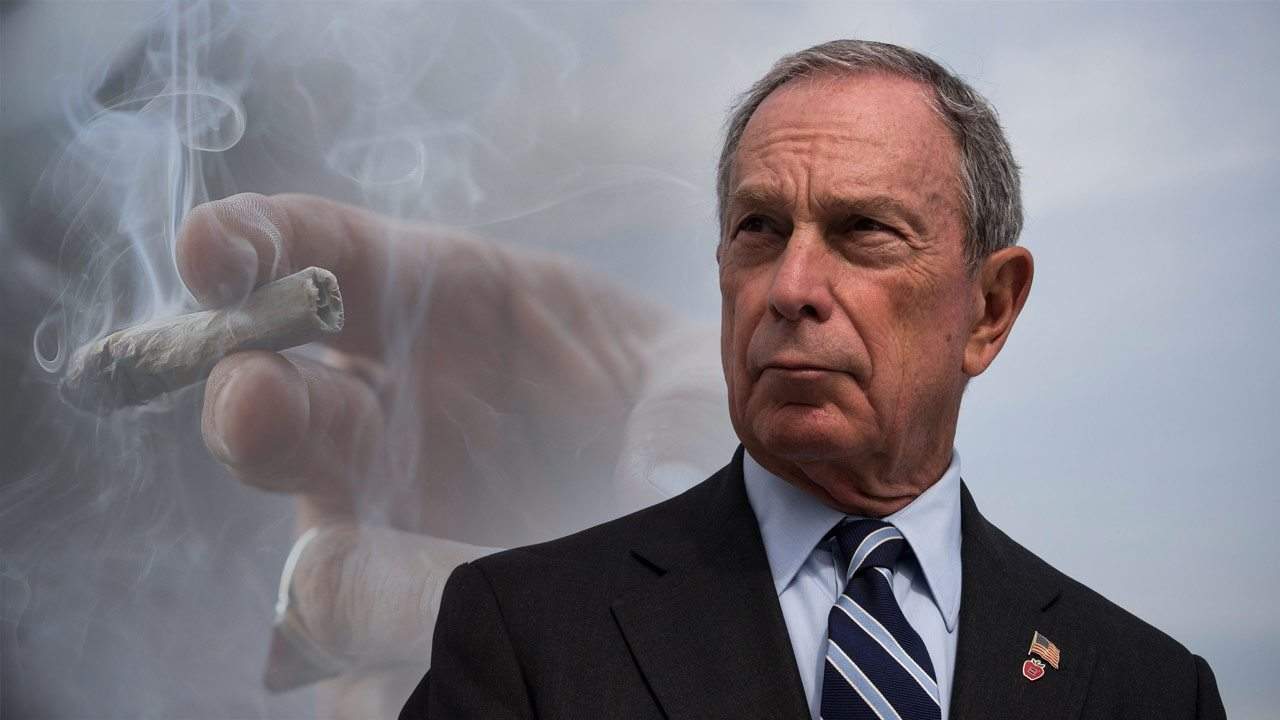 While we’re roasting Democrats, let’s turn to yet another Democratic presidential candidate, Michael Bloomberg. A billionaire and former mayor of New York City, Bloomberg was the nation’s “stop-and-frisk” champion, an anti-drug law enforcement policy that (surprise!) turned out to be racist AF.

Last January, Bloomberg told a crowd in Annapolis, Maryland, that legalizing cannabis was the “stupidest thing anyone had ever done,” and that legalization would increase drug overdose deaths.

Of course, there’s zero evidence to support that claim (in fact, the opposite is likely true), yet the media hasn’t skewered Bloomberg with nearly the same fervor as it did Biden. Then again, that’s probably because Biden has a real shot at becoming the presidential nominee, while Bloomberg’s chances are essentially nil. And thank goodness for that, since Biden at least wants to decriminalize weed (with fines for using it, tsk tsk). 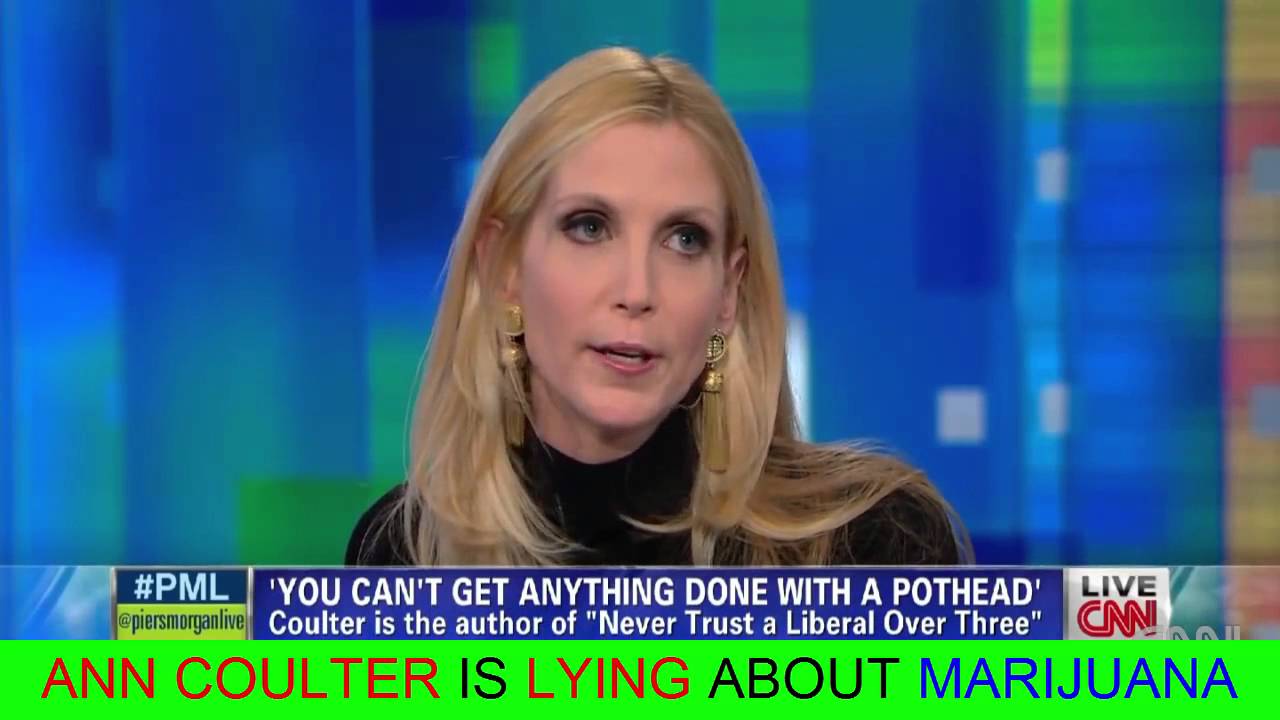 Remember ultra-right-wing rabble rouser Ann Coulter? She’s still around, though no one’s paying much attention to her these days.

“There’s also the problem that the Worst Generation smoked a lot of pot when they were idealistically rioting on college campuses in the 1970s and consider it harmless,” Coulter wrote on her blog, which I’m not linking to on purpose. “It didn’t hurt them, did it?”

Coulter’s riot claim, like many alt-right arguments, completely disregards history. Riots were rampant in the US after the Revolutionary War, the Civil War, and during the Great Panics of the 1800s. And the riots back then were far, far bloodier than anything Coulter was referencing. Yet, marijuana use in America was practically nonexistent prior to the early 1900s, so her suggestion that weed leads to riots makes absolutely no sense.

However, were you even aware that Coulter made this claim? As unfounded as it is, it didn’t get any media traction, probably because Coulter fell off after she started sharing tweets written by Nazis.

Last year, Tucker Carlson cried over how he can’t peacefully eat at restaurants anymore because people give him loads of shit when he’s out in public. Guess why? Because he unabashedly promotes anti-Americanism, racism, and sexism on his Fox News show. Maybe if he blazed a fattie every now and then, he’d loosen up and make some new friends out in the world. But, alas, Carlson hates weed almost as much as he hates free speech.

After a slew of mass shooting incidents took place in the US, Carlson thought blaming the violent events on legal weed would be a dope way to “own the libs” (even though over half of Republican voters now support legalization). His guest for that episode was none other than Alex Berenson, the same one Coulter stans. While discussing the 2019 Dayton shooter, who killed nine people and wounded 17 others, Carlson noted that the shooter’s toxicology tests came back positive for Xanax, cocaine, and — dun, dun, DUN — weed. Of course, Berenson and Carlson ignored the Xanax and cocaine results and went straight to suggesting that cannabis sparked the mass shooting.

“It turns out, in fact, that many violent individuals have been avid marijuana users. Is there a connection?” Carlson asked. “I don’t think it’s going way out on a limb to draw that connection then between cannabis use, particularly I assume chronic use, and acts of violence.”

Carlson isn’t the first to make this argument. In August, an Ohio Republican, Rep. Candice Keller, ranted about the Dayton shooter on Facebook, citing “recreational marijuana” and “drag queens” as causes for America’s mass shootings. This was an odd take, considering all the homophobic white supremacists who’ve gone on shooting sprees (she didn’t mention white supremacists or white nationalists, not even once). Meanwhile, there’ve been no mass shootings executed by a drag queen blazing a blunt. 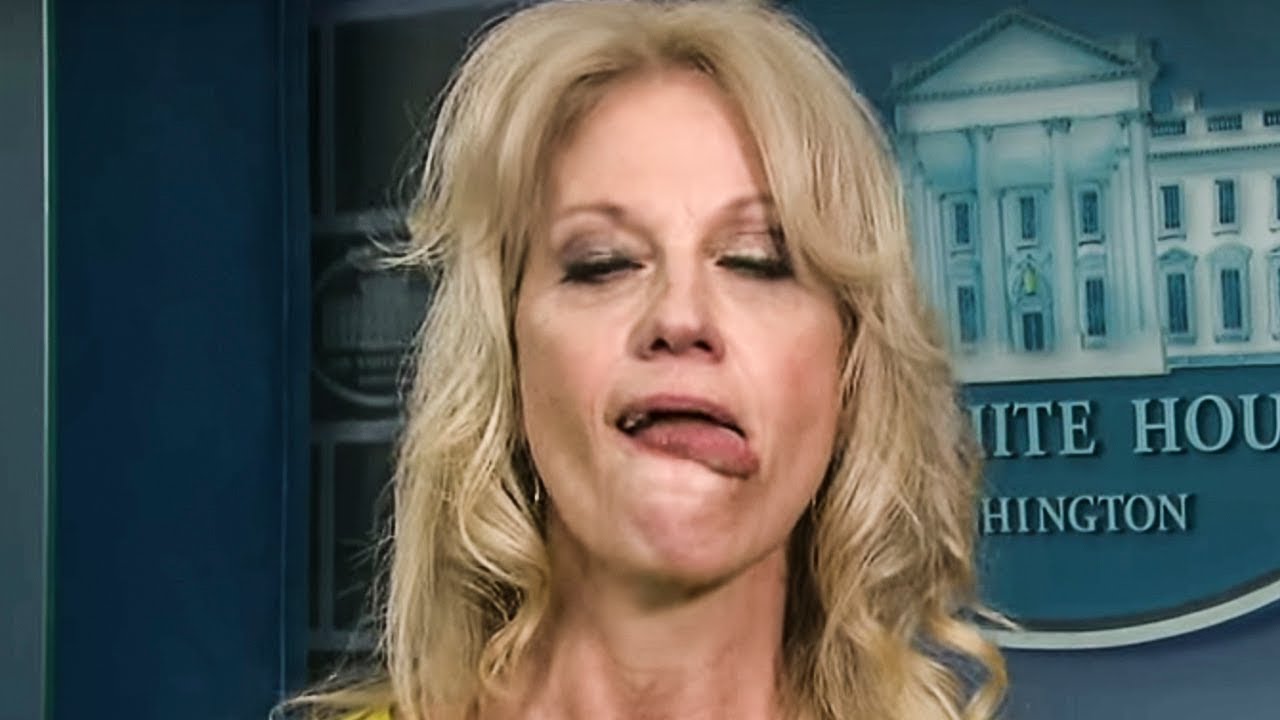 Kellyanne Conway, a professional pollster by trade, currently serves as Trump’s opioid crisis czar. She has zero experience in criminology, public drug policy, harm reduction, or medicine in general, making her a perfect fit for Trump’s cabinet, which is full of inexperienced dingbats who have no fucking clue what they’re doing.

In March, Conway told the press that drug dealers were lacing marijuana with fentanyl, an incredibly powerful and deadly opioid. “People are unwittingly ingesting it,” Conway said. “It’s laced into heroin, marijuana, meth, cocaine, and it’s also just being distributed by itself.”

To her credit, Conway was correct about fentanyl being spiked into cocaine, meth, and heroin. But the cannabis claim came from a Canadian report that was already proven false way before she said it, indicating that the person in charge of handling our nation’s opioid crisis hasn’t done her homework.

However, police around the US report finding drugs that look like weed spiked with opioids such as fentanyl. But like Spice or K2, these herbs aren’t cannabis; they’re completely different plants sprayed with other drugs, then passed off as the real stuff. One sheriff who said his police lab found fentanyl in Tennessee’s weed recently admitted the lab made a mistake. 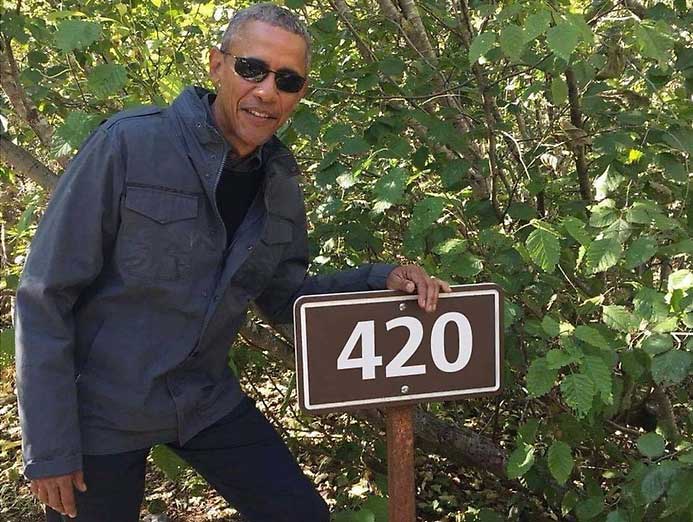 If Words Are Weapons, Legislation Is a Nuke

In all honesty, politicians and pundits made loads of other idiotic statements about cannabis this year — too many to pile up here. But the most damage to our movement’s progress occurred quietly behind the scenes in Congress. Senate committees, run by anti-cannabis Republicans, blocked several key amendments this year that would’ve given military veterans greater access to medical cannabis, allowed indigeneous tribes to start their own cannabis businesses on tribal lands, given state-legal companies access to banks, and finally funded Washington, DC’s recreational weed program — which has been unfairly frozen in limbo for years. Dems should have fought harder for our rights to access safe medicine, but the Democratic leadership decided cannabis reform was not a priority this session.

So, while we can certainly criticize politicians and pundits for making grossly ignorant statements about cannabis, let’s not forget that federal prohibition continues because of who we elect — and who’s lining their pockets.

The Stupidest Things Politicians and Pundits Said About Pot in 2019
WEEDGANGSTA Power Share: