With 2020 just around the corner, it’s that time of the year when we all step back, reflect over the rollercoaster ride that was our last trip around the sun, and ask ourselves, “What the fuck happened in 2019?”

This past year, we saw a world slowly emerging from the dark stupor of drug prohibition. Two nations have now federally legalized adult-use weed, and a couple more may be joining the fold in the near future. And while the US still hasn’t legalized marijuana at the national level, several more states may be legalizing recreational pot by this same time next year. Regardless, American activists have also started building a new movement — this time to legalize or decriminalize natural psychedelics such as shrooms and ayahuasca — a risky campaign that’s riding on the coattails of weed legalization.

Yet, despite these advances, most “recreational” or “street drugs” remain illegal throughout most of the US — and the world. And while we at MERRY JANE often make light of the more ridiculous or downright strange drug busts, keep in mind that real people’s lives were affected by these arrests, with long-lasting punishments that usually far outweigh the severity of what are, more often than not, victimless crimes.

Below, you’ll find what we’ve gauged as the craziest drug busts that went down this year. Feel free to laugh, cry, or shake your fists at these stories. In a perfect world, no one would get arrested or go to prison just for wanting to have a good time or to self-medicate. Perhaps soon, we’ll look back on these cases and laugh about the days when drug seizures and undercover sting operations wasted obscene amounts of taxpayer money.

Pro tip: If you’re going to sell drugs, don’t yak about it to the press. And certainly don’t tell the press about it half a dozen times.

Just five months after Denver decriminalized shrooms, the DEA busted Kole Douglas Milner for his suspected role in a Mile High shroom dealing operation. The DEA first learned about him after someone calling himself “Doug” gave several media interviews to outlets like VICE, Westword, and the Denver Post, where he’d brag about slinging thousands of dollars of boomers every month. The DEA found Milner by performing reverse image searches on photos of his apartment that appeared in one of his interviews.

In January, cops raided a married couple’s home in Houston. The police went in armed to the teeth, as they’d been tipped off that the couple was dealing black tar heroin — and rocking machine guns. The situation quickly escalated into a full-on shootout, which killed both suspects, five police officers, and the suspects’ dog. Here’s the worst part: The cops didn’t find any heroin or assault weapons in the house.

In November, the FBI arrested the two cops who set up the sting, alleging the officers illegally raided the home based on completely fabricated information. One of the officers, Gerald Goines, was charged with murder, obstruction of justice, and depriving suspects of their constitutional rights. His partner, Steven Gaines, caught charges for assisting the coverup. 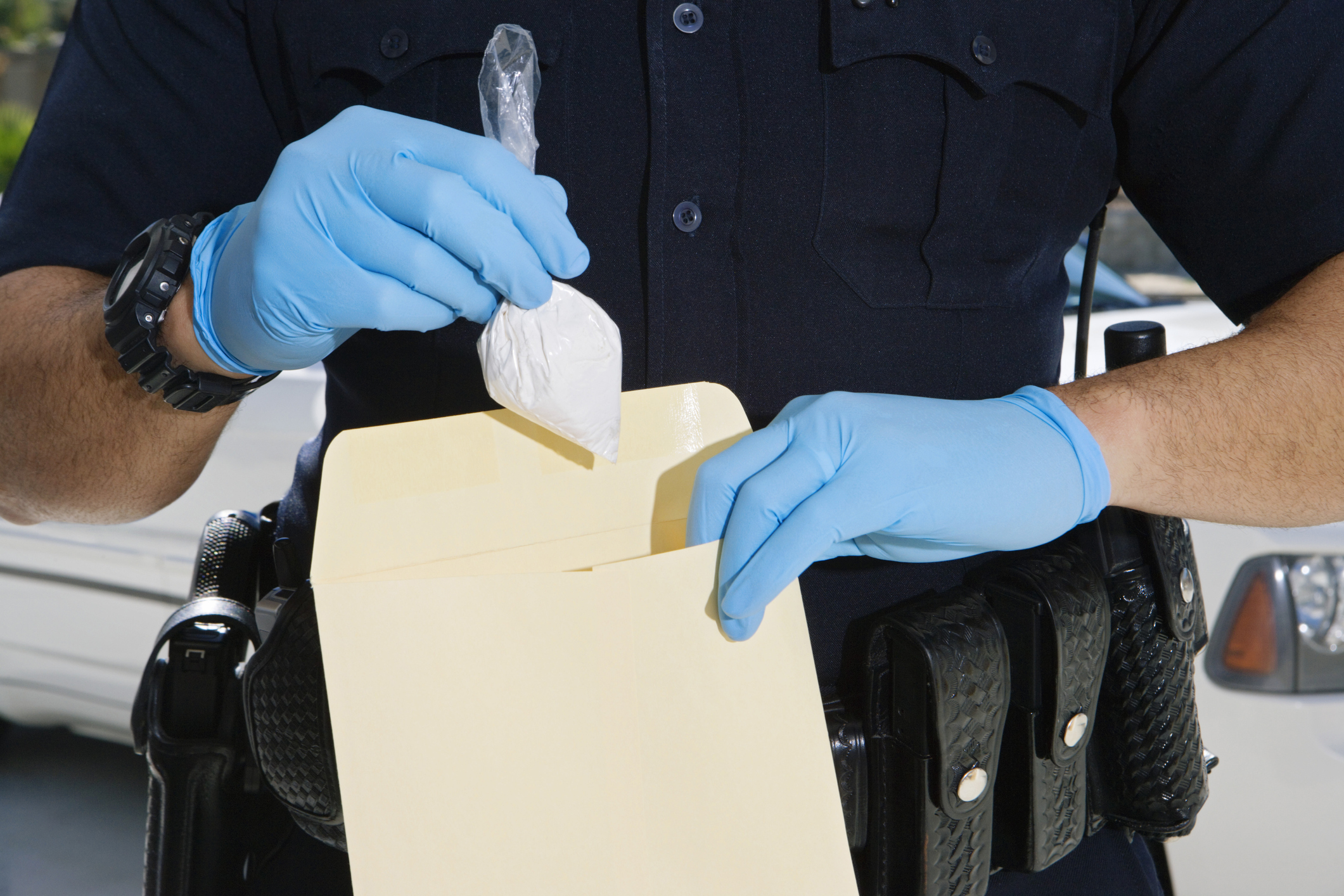 Guy Arrested with Coke in His Nose: “It’s Not Mine” (June)
Tampa Bay, Florida

In June, Fabricio Tueros Jimenez was busted during a routine traffic stop in Tampa when cops spotted white powder around his nose. He dropped the ol’ “it’s not mine” line, but that didn’t quite work when the drugs were literally visible on his face.

An honorable mention for Stupidest Drug Excuse of the Year goes out to another meme-able Florida man, Joseph Zak, who claimed during a November traffic stop that the cocaine baggie cops found in his car must’ve been blown in there by the wind. Which is extra crazy, because in 2018, a woman (who also lived in Florida) told the cops the wind must’ve blew her cocaine baggie into her purse.

When Teresina police raided a Brazilian couple’s home for drugs, the residents were first tipped off by their parrot, who authorities believe the owners trained to warn them when cops arrived.

The parrot was initially seized by the police and held for questioning. Although the parrot remained chatty just before and during the raid, it didn’t snitch, and it will likely spend the rest of its life behind bars at the Teresina City Zoo. 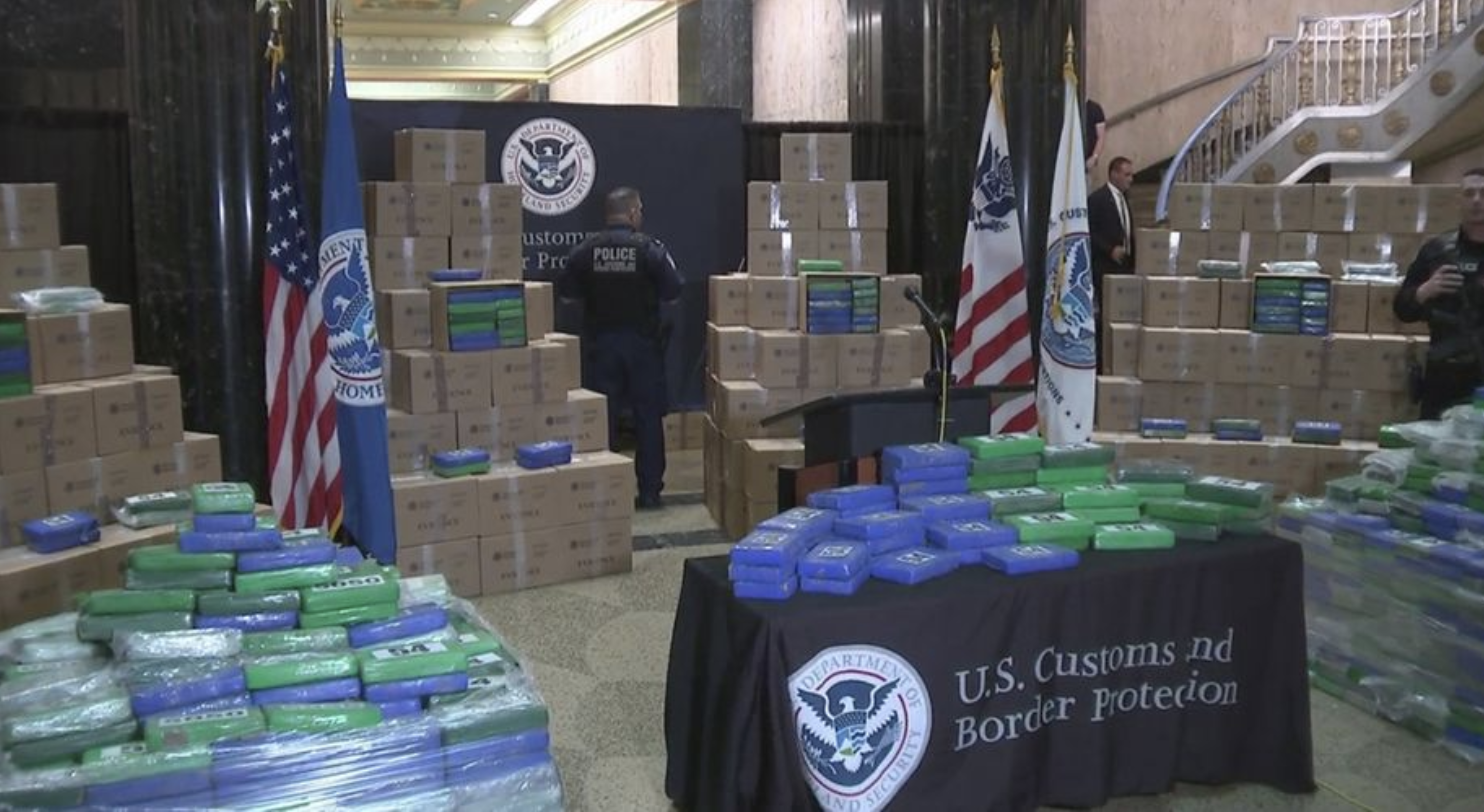 On June 31, Philadelphia authorities made the largest cocaine bust in US history. After searching a docked cargo ship at the Packer Marine Terminal, police seized 16.5 tons of cocaine with a street value of just over $1 billion. To put that amount of coca into perspective, you could give every adult in Pennsylvania a gram of coke from that historic bust, and there’d still be enough 1-gram baggies for every adult in Nevada and Hawaii, too.

An honorable mention here goes to Germany, which made its biggest cocaine bust ever this year, as well. Oddly enough, the German bust was also valued at just over $1 billion, though due to high demand and grossly inflated prices in the EU, that only translates to a “mere” 5 tons of cocaine.

In 2019, California’s Campaign Against Marijuana Planting (CAMP), a decades-old illicit weed eradication program, teamed up with the state’s National Guard (which is a military group, by the way). CAMP’s statewide operations this year seized unlicensed weed worth a total of $3 billion on the street, which is almost as much money as the state’s legal cannabis industry will rake in this year, too.

In June, CAMP went into overdrive after a murder case in Anza led to the execution of 100 search warrants throughout Riverside County. At one point, the cops commandeered Anza’s local high school so the campus could serve as a central hub for storing the enormous of weed they seized during those 100 raids.

One of 2019’s craziest drug busts stemmed from one of the biggest scandals to come out of South Korea since President Park Geun-hye’s impeachment in 2017.

In January, Seoul police began investigating the owners of the Burning Sun nightclub for running an underage rape factory. The club’s owners trafficked girls, dosed them on the date-rape drug GHB, then handed them over to Korea’s elite in secret VIP rooms. After one gang rape incident involving a minor catapulted the scandal into international headlines, the case blew-the-fuck-up and a handful of K-pop stars, Korean TV stars, and even several dirty cops got arrested.

But a drug bust never went down at Burning Sun, nor were any of the scandal’s most (in)famous suspects caught dealing or slipping drugs to anyone. The busts only came months after the scandal broke, particularly in Seoul’s swanky Gangnam District (yes, the same district that wild song is about).

To prove they were taking the Burning Sun scandal seriously, the police coordinated nearly 4,000 individual arrests for various drug charges at Korea’s nightclubs. The Burning Sun sweeps didn’t turn up any new human trafficking rings, and almost none of the sweeps turned up GHB — the date rape drug that fueled the nightclub’s human trafficking ring. Instead, nearly half of the sweeps only turned up ecstasy, which is currently being studied in the US as an FDA-approved psychiatric treatment. 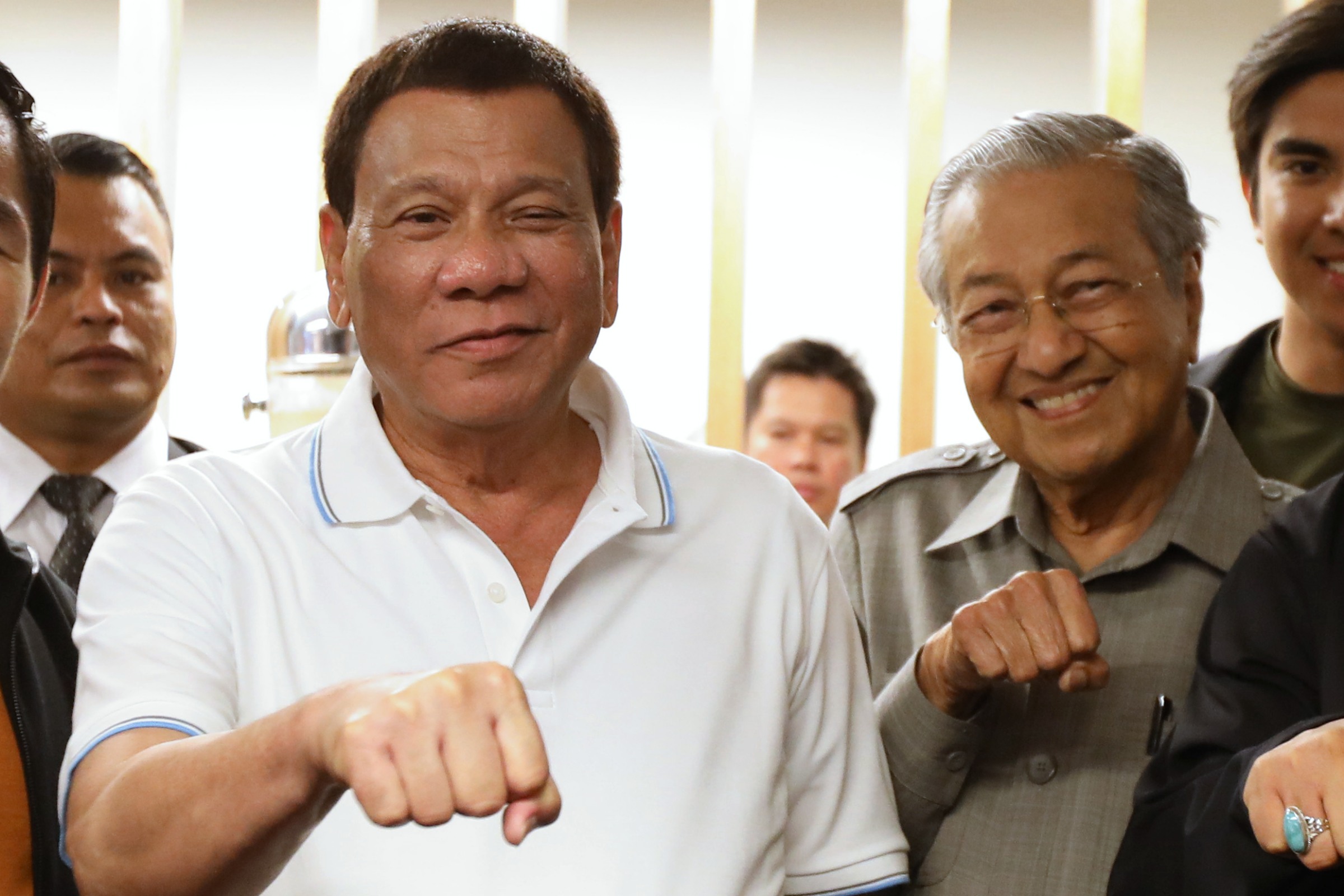 In July, 3-year-old Myka Ulpina became another victim of the Philippines’ War on Drugs, which has killed hundreds of Filipino children since President Duterte took office in 2017. Myka was shot and killed by Manila police this summer after her father, who was the raid’s actual target, used her as a human shield during a stand-off.

By the time Myka was shot and killed by police, thousands of Filipinos had already been murdered under President Duterte’s vigilante anti-drug policy. Under the policy, anyone accused of dealing drugs can be legally murdered by police, militia groups, or just about any person with a homicidal streak — and no evidence or trial is necessary. Although the numbers are fuzzy, the official death count was around 5,000 at the start of 2019. But watchdog and humanitarian groups place the number as high as 20,000, and it’s still rising.

But despite all the forgotten child victims of Durterte’s war, Myka’s death didn’t go unnoticed. In fact, it sparked international outrage after one Filipino senator, a former police chief who ran numerous bloody anti-drug operations during Duterte’s presidential tenure, said that while Myka’s death was tragic, “shit happens.”

That “shit happens” line didn’t resonate with the UN’s International Criminal Court (ICC). The same day the senator made his insensitive, Trumpesque quip, the ICC’s member states voted to formally investigate President Duterte and his government for crimes against humanity. If convicted, Duterte would be the first world leader convicted of crimes against humanity for waging a drug war on his own citizens.

What’s going on in the Philippines is much bigger than some rag-tag Punisher wannabes shooting up innocent and impoverished people, as well. In March, Duterte released a list of politicians he accused of being drug traffickers. Of the 46 officials he named, only 8 belonged to his political party. So, if it looks like Duterte’s crusade against drugs is really just a cover for him imprisoning his political rivals, that’s because it likely is.

Unfortunately, the ICC doesn’t have much enforcement power. In some instances, the UN can send troops to enforce a police action, usually with the US leading. But if the ICC did convict Duterte, it’s unlikely that the US would lead the charge: US President Trump has not only publicly supported Duterte’s murderous anti-drug campaign, the Trump administration has also been actively assisting it.

Granted, this list is subjective, and there were far too many drug busts around the world to account for every raid that made an impact, led to wider implications, or just ended strangely. What does 2020 have in store? Will the next decade be more friendly to drugs and its consumers, or will we go the other way and rescind deeper into stigma and prohibition? Fingers crossed for the former.

The Craziest Drug Busts of 2019