And what’s realer than seeing future-forward activists discuss the ongoing protests and Black Lives Matter movement sweeping the country, unrehearsed and unfiltered? Today, at 1: 20pm PST, MERRY JANE will drop a new live stream in collaboration with Top Tree, starting with a conversation with Melina Abdullah — the renowned professor, civic leader, and co-founder of the Los Angeles chapter of Black Lives Matter.

Following Melina will be an interview with the founders of Women.Weed.WiFi, an organization dedicated to creating safe digital and physical spaces to highlight black, indigenous, and women of color, particularly within the cannabis landscape. 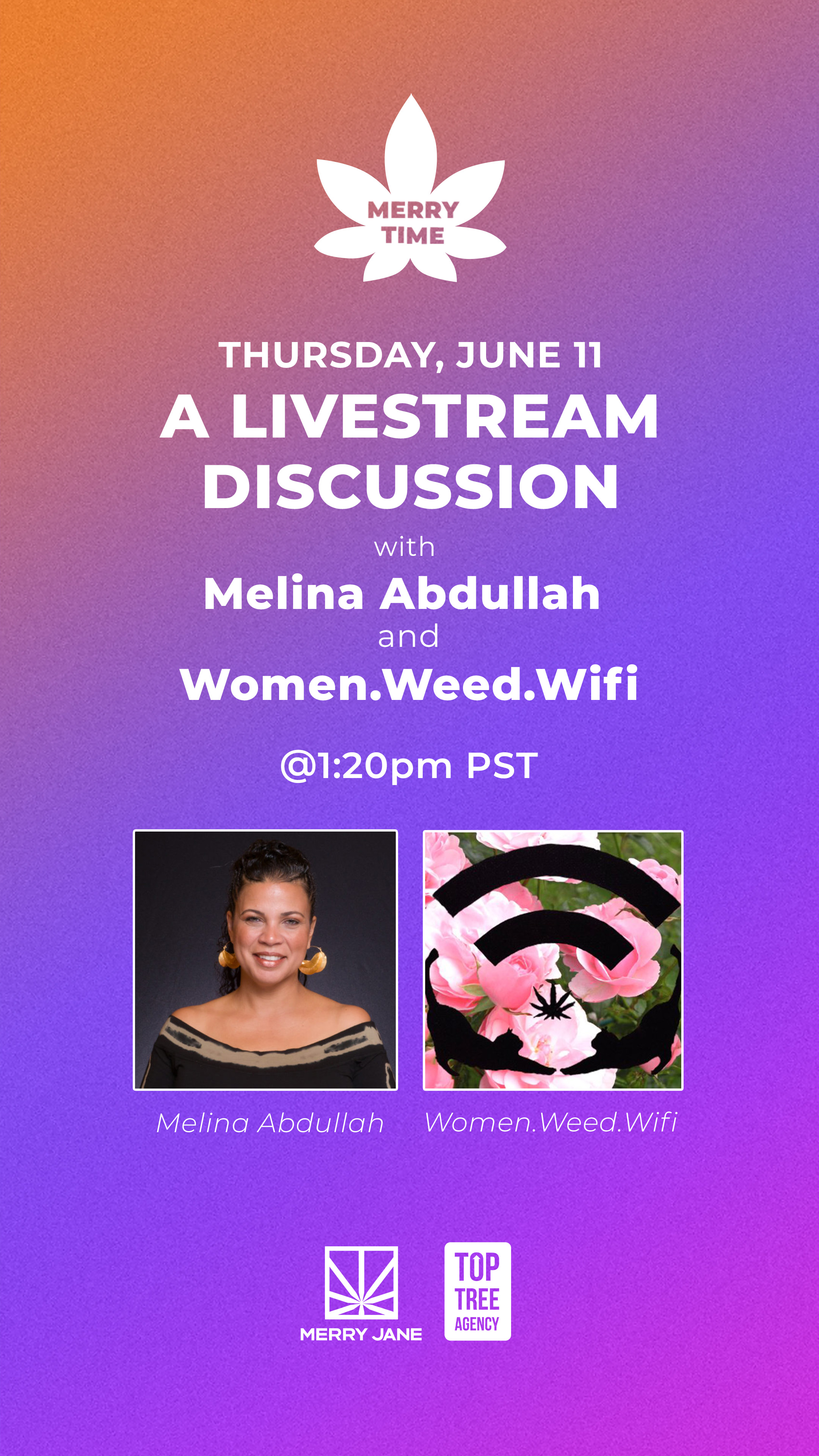 For the unfamiliar, Melina Abdullah is Professor and former Chair of Pan-African Studies at California State University, Los Angeles. The PhD was appointed to the Los Angeles County Human Relations Commission in 2014, and she’s also authored numerous books. A self-described “womanist scholar-activist,” Abbdullah has won a litany of awards, including the 2016 Racial Justice Award presented by the YWCA. MERRY JANE is honored to engage with such an aspirational leader and thinker.

Women.Weed.WiFi. is a cannabis art collective and advocacy group, and we’ve proudly featured the organization on MERRY JANE in the past. WWW aims seeks to foster community among femme-identifying BIPOC “with the intention of healing, educating, and manifesting our vision for the future which includes liberation for all people, especially the most marginalized.” On top of creating wellness and healing events, Women.Weed.WiFi. regularly publishes zines, curates DJ series and parties, and advocates for a more equitable cannabis industry.

During the livestream, MERRY JANE’s own Yoni Hagos will talk with Melina Adullah and Women.Weed.WiFi. about systemic racism, inequality within the world of weed, and how viewers can support the Black Lives Matter movement and get involved themselves.

This is the sixth installment in our “MERRY TIME” live stream series, and stay tuned for other upcoming editions we’ll be dropping in the very near future.