And what’s realer than seeing future-forward activists discuss the ongoing protests and Black Lives Matter movement sweeping the country, unrehearsed and unfiltered? Today, at 1: 20pm PST, MERRY JANE will drop a new live stream in collaboration with Top Tree, featuring a conversation with the anti-surveillance advocacy group S.T.O.P. and followed by an interview with the social and political activist, Najee Ali. 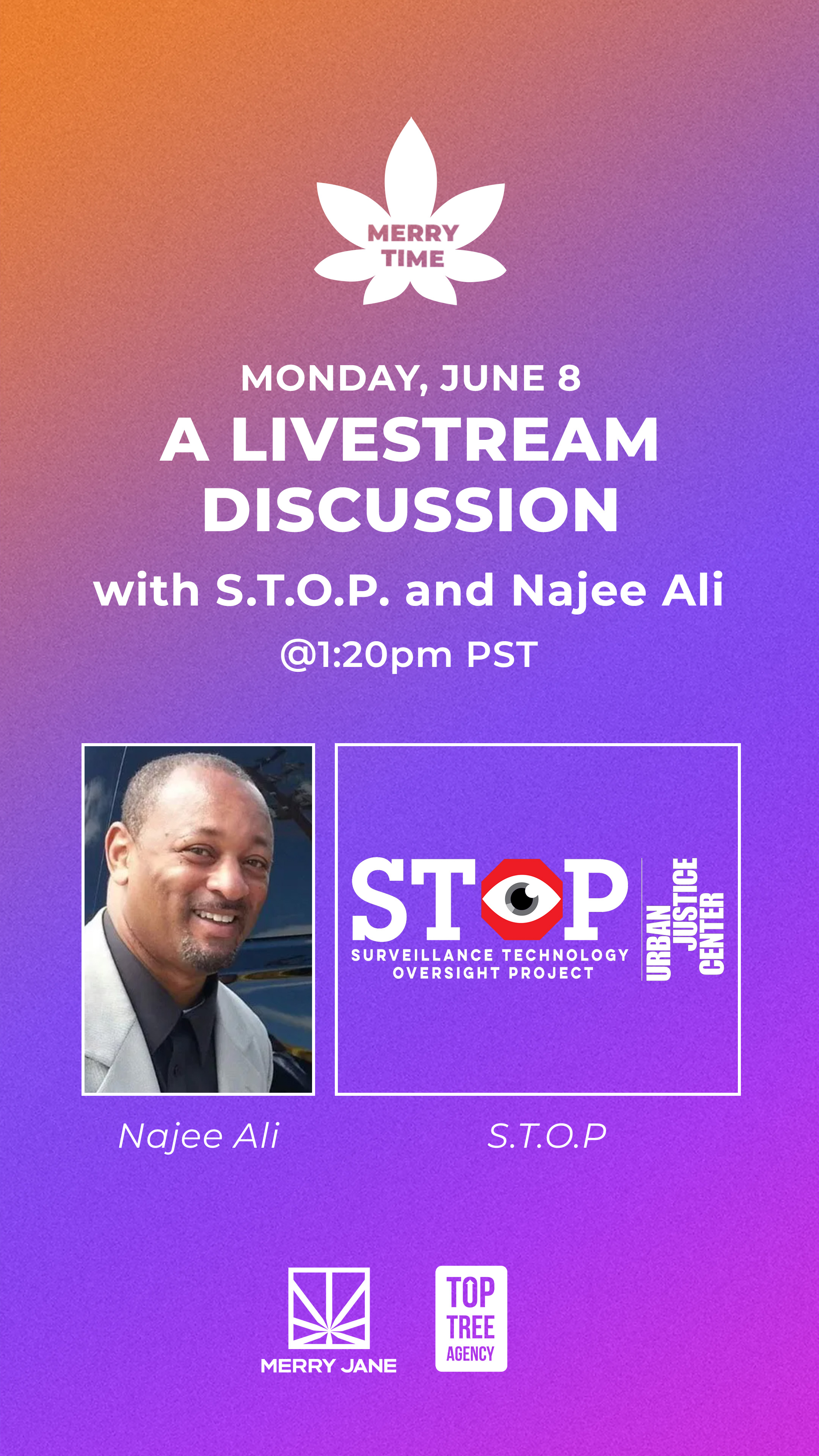 For the unfamiliar, S.T.O.P. — or the Surveillance Technology Oversight Project — litigates and advocates for privacy, while fighting excessive local and state-level surveillance. The nonprofit’s work focuses on the discriminatory impact of surveillance on Muslim Americans, immigrants, and communities of color. S.T.O.P. “fights to ensure that technological advancements don’t come at the expense of age-old rights.”

Najee Ali — who will join the livestream after S.T.O.P. — is an award-winning, nationally-celebrated civil rights activist, community organizer, and author. He began his career as a volunteer for presidential candidate Reverend Jesse Jackson in 1988, and has since worked with President Barack Obama, Martin Luther King III, Eric Garcetti, and numerous other politicians and public figures. His activism has led to the passing of “Sherrice’s Law” in 2001, which aims to protect children from sexual assaults and violent attacks. Ali is also the founder of Los Angeles Muslim Heritage Month, which is officially recognized during the month of July every year by the city of Los Angeles. Ali “continues to evolve as the people’s champion and confronts injustice wherever it may be.”

During the livestream, MERRY JANE’s own Yoni Hagos will talk with S.T.O.P. and Ali about racially-biased policing, the ongoing protests throughout the country, and how viewers can support the Black Lives Matter movement and get involved themselves.

This is the fourth installment in our “MERRY TIME” live stream series, and our first in collaboration with Top Tree. Stay tuned for another episode this week featuring additional activists and nonprofit groups, and we’ll keep you posted on other upcoming streams we’ll be dropping in the very near future.

For more on Najee Ali, visit his website here