Kind bud and good books go together naturally. After all, both materials deeply and immediately expand consciousness, enrich knowledge, and elevate a user’s overall righteous place in the universe.

Throughout 2019, reefer and reading repeatedly coalesced in grand fashion. In fact, we saw more books about marijuana hit the marketplace than ever before. As prohibition continues to crumble, the publishing industry is proving to be fast on hand to serve a freshly liberated public that smokes pot and turns pages.

Better still, this general increase in books about weed has specifically resulted in a greater variety of approaches and formats that address the topic from an ever evolving array of angles. As with friends kicking in to finance a collective stash, more is definitely more in this case.

In selecting our favorite cannabis books of the year, MERRY JANE took a big picture approach, aiming to encompass an array of genres, designs, and editorial styles that would all add up to 2019’s ten most dope examples of contemporary literature for the cannabis inclined. Continue reading for our lit list, which will both bloom your brain and offer you endless surfaces to twist up the next joint.

And, in case you forgot, MERRY JANE’s very first book came out in 2018 — From Crook to Cook: Platinum Recipes from Tha Boss Dogg’s Kitchen — which you can order here just in time for the holidaze. 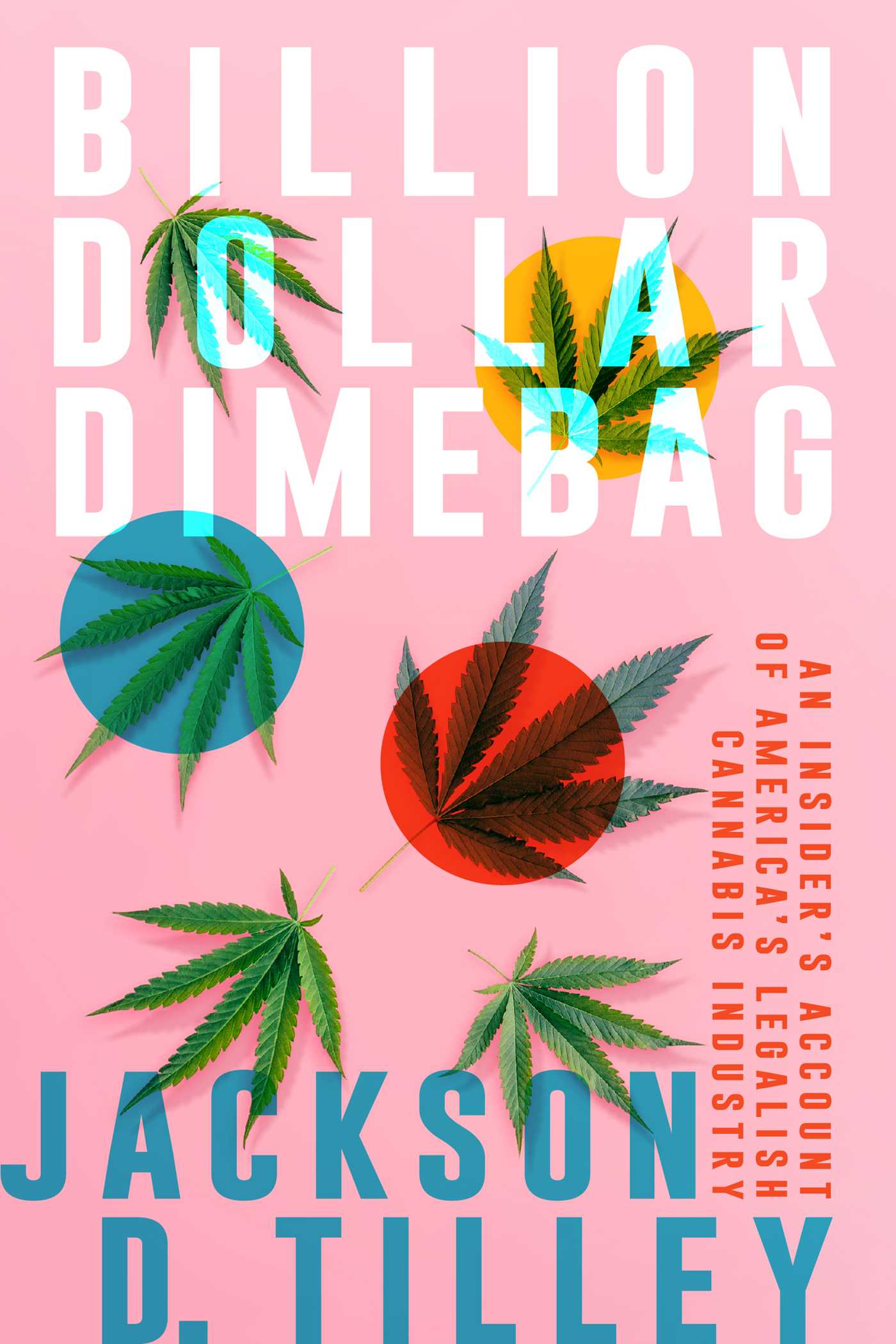 Jackson D. Tilley knows the weed game like few others in the field. He started as an intern at Organa Brands, the largest distributor of state-legal weed, and rose to the upper echelons of the company. Now in that position, Tilley is one of the most respected and relied upon pro-pot voices in society’s developing dialogue regarding marijuana. And — get this — he’s sober.

Billion Dollar Dimebag tells both Tilley’s personal story and his rousing manifesto regarding personal freedom among adults and marijuana as both a substance and a burgeoning America mega-industry. Tilley is a fascinating figure and Billion Dollar Dime Bag is a must-read for an in-depth take on domestic cannabis issues going into the 2020s. For more on the text, revisit our interview with Tilley here. 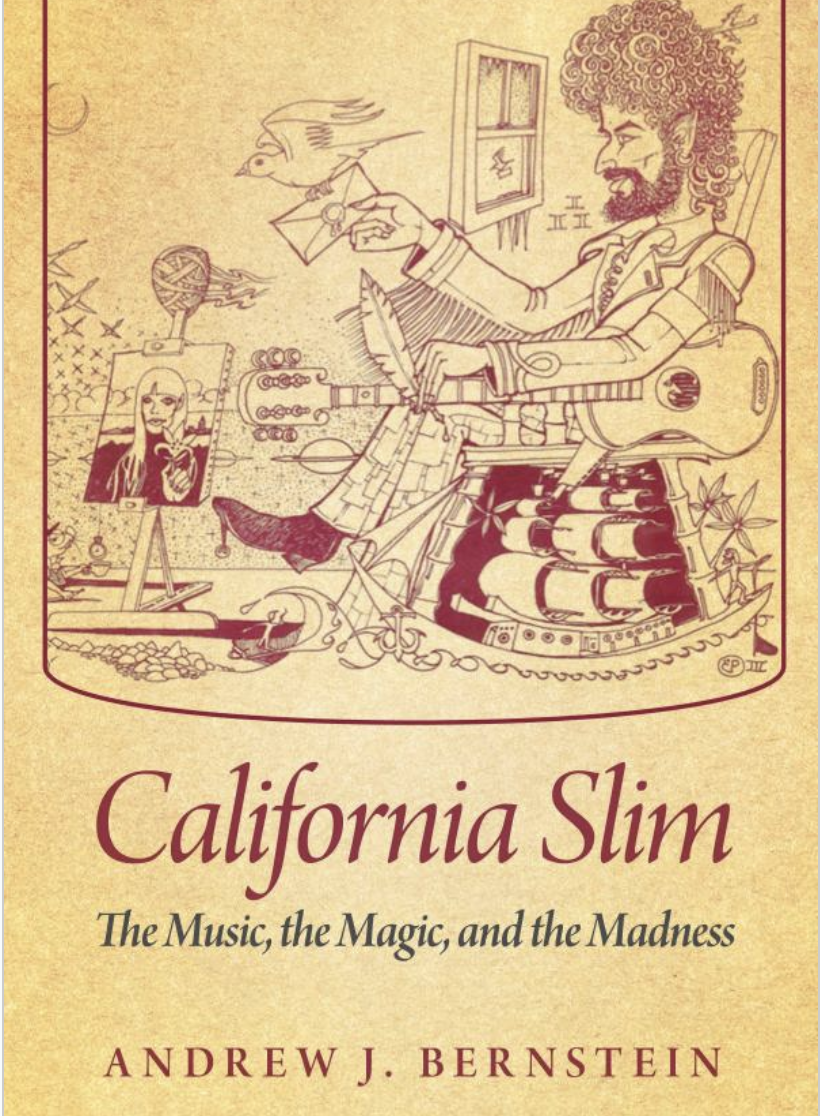 “California Slim: The Music, The Magic, and the Madness”
by Andrew J. Bernstein
XLIBRIS

In terms of the 1960s to ‘70s crossroads where pot culture and pop culture first convened and combusted, Andrew J. Bernstein is no less than the Forrest Gump of ganja. Case in point: Jerry Garcia taught Bernstein how to play guitar, and those lessons later figured into Bernstein becoming Willie Nelson’s personal weed supplier.

That connection between the kid who came to be called “California Slim” and two of history’s all-time cannabis icons is just one anecdote from a lifetime of impossibly-lit-but-true stories recounted in Bernstein’s memoir, California Slim: The Music, The Magic, and the Madness.

Bernstein’s journey also includes dropping acid with Ken Kesey’s Merry Pranksters, incurring the wrath of Richard Nixon’s opening shots in the War on Drugs, and finally settling in as blissful member of the Willie Nelson Family. For more on this long strange trip, re-read our interview with Berstein here. 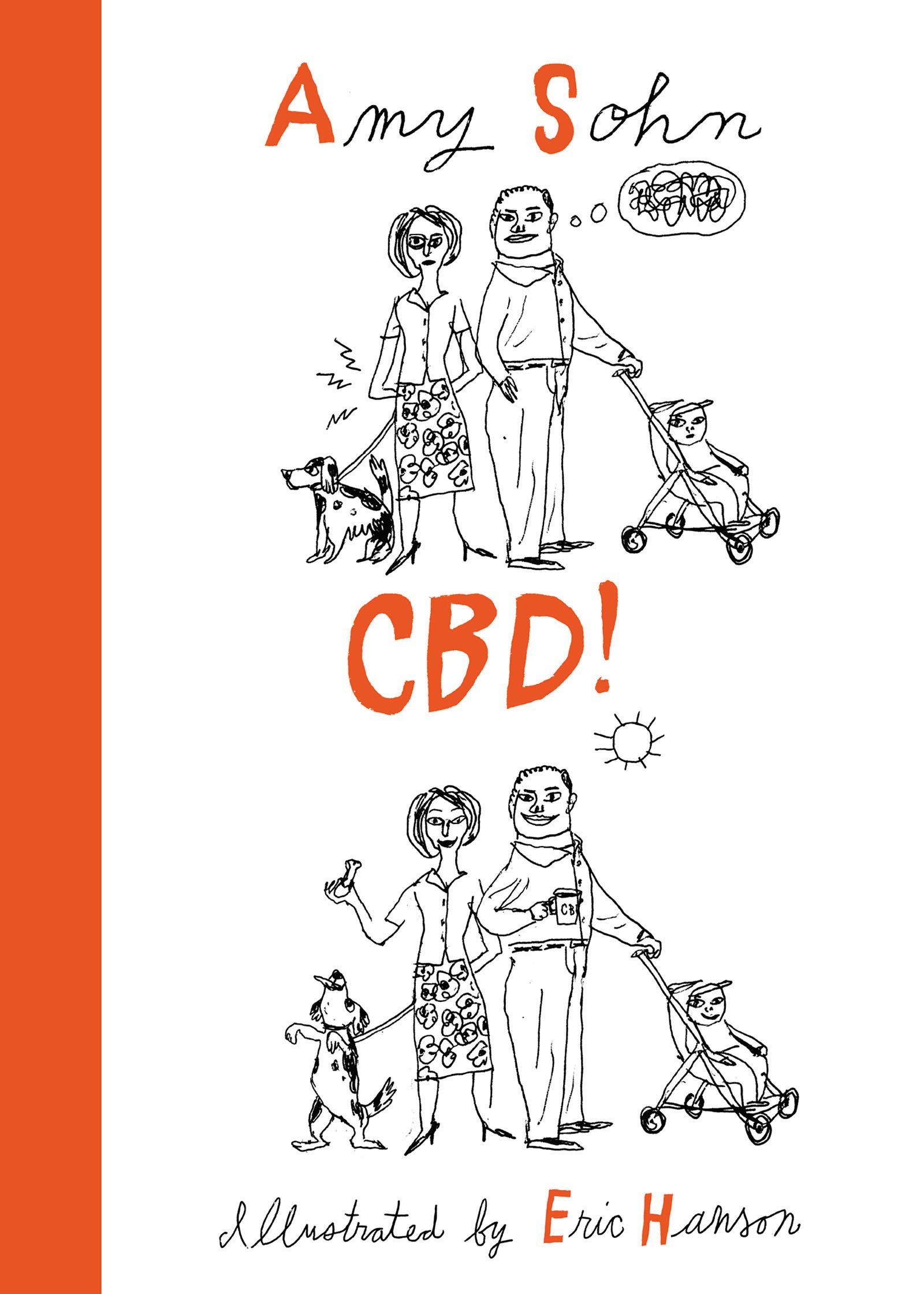 “CBD!”
by Amy Sohn
OR Books

The original tome used sound-alike letter schemes to substitute for full sentences; e.g. the title is exclaimed by someone pointing out a bumblebee buzzing among nearby flowers. CBD! follows suit, but in doing so spins an affably barbed story of a confused dad who discovers and ultimately surrenders to the cannabis compound of the title.

The black-and-white line illustrations by Eric Hanson up the book’s appeal to a point not unlike how the dad at hand finally finds CBD. The alphabet has never been so dank. 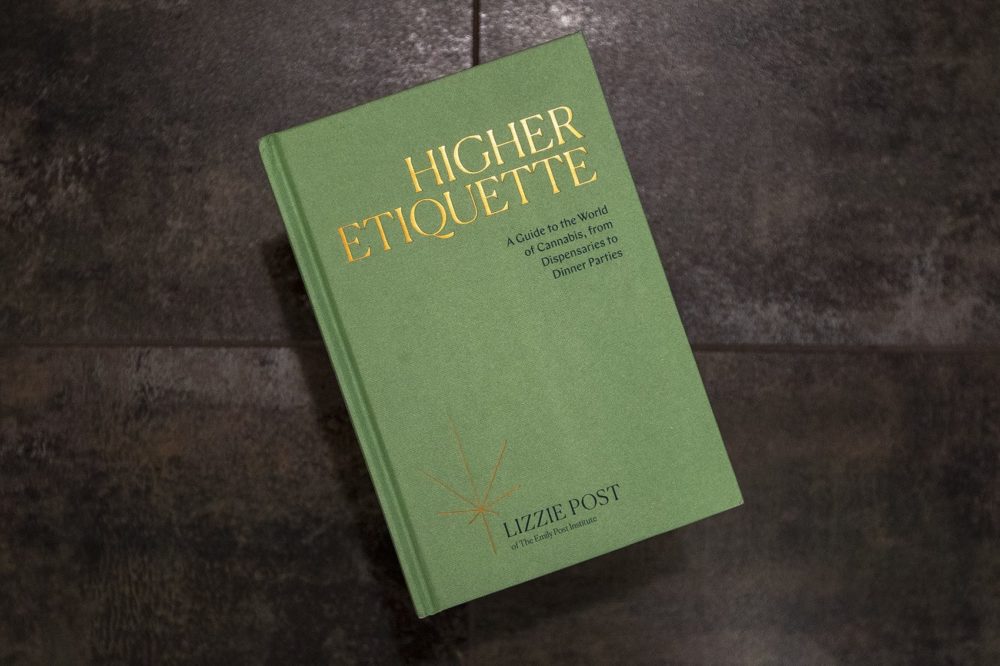 “Higher Etiquette: A Guide to the World of Cannabis, From Dispensaries to Dinner Parties”
by Lizzie Post
Ten Speed Press

For multiple generations, author, columnist, and lecturer Emily Post educated the masses in the proper do’s and don’ts of polite society, turning her name into a synonym for etiquette.

Decades later, Lizzie Post — Emily’s great-great-granddaughter — has taken up the family business and applied it to today’s toke-heavy times.

Lizzie’s 2019 book, Higher Etiquette: A Guide to the World of Cannabis, From Dispensaries to Dinner Parties, makes good on exactly what both the book’s title and her family’s name promise.

Higher Etiquette doles out no-nonsense advice, including tips on formally ordering cannabis, the best way to present it as a gift, and how to dodge marijuana mistakes such as bogarting blunts, canoeing joints, and leaving your lighter at home. 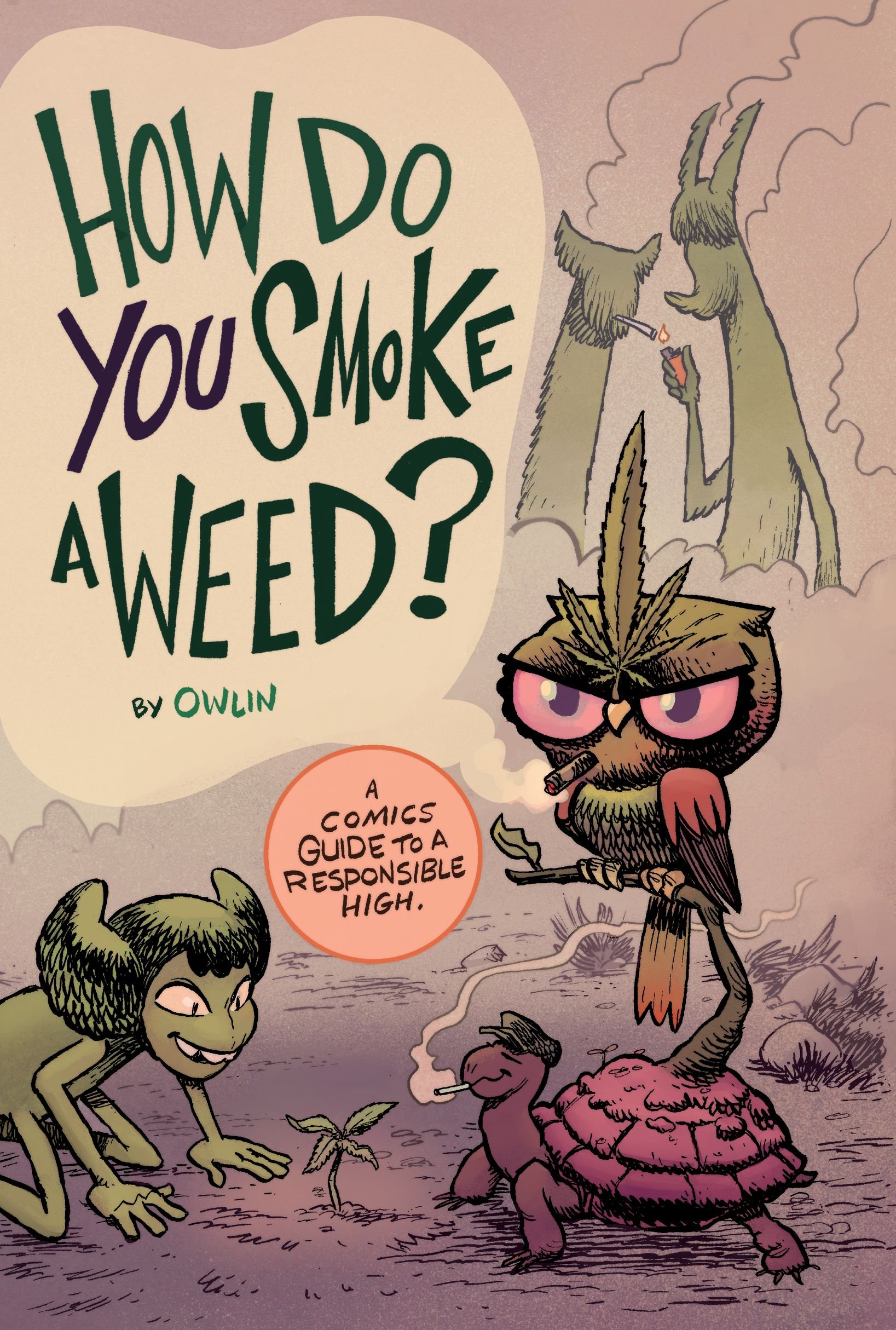 “How Do You Smoke a Weed?”
by Owlin (Lin Visel and Joseph Bergin III)
Iron Circus

An exquisitely rendered, irresistibly charming graphic novel, How Do You Smoke a Weed? is the work of creative duo Lin Visel and Joseph Bergin III, who operate under the collective name Owlin.

In the past, the pair’s Owlin comics have focused on sex positivity. As the title indicates, How Do You Smoke a Weed? shifts its attention to a different kind of high, chronicling the efforts of Sprout, an adorable offspring of a giant sequoia tree, to try marijuana for the first time. The action takes off when three older sequoias give Sprout a dried cannabis flower and send her off to learn the history and the how-to’s of getting stoned from other woodland flora and fauna. 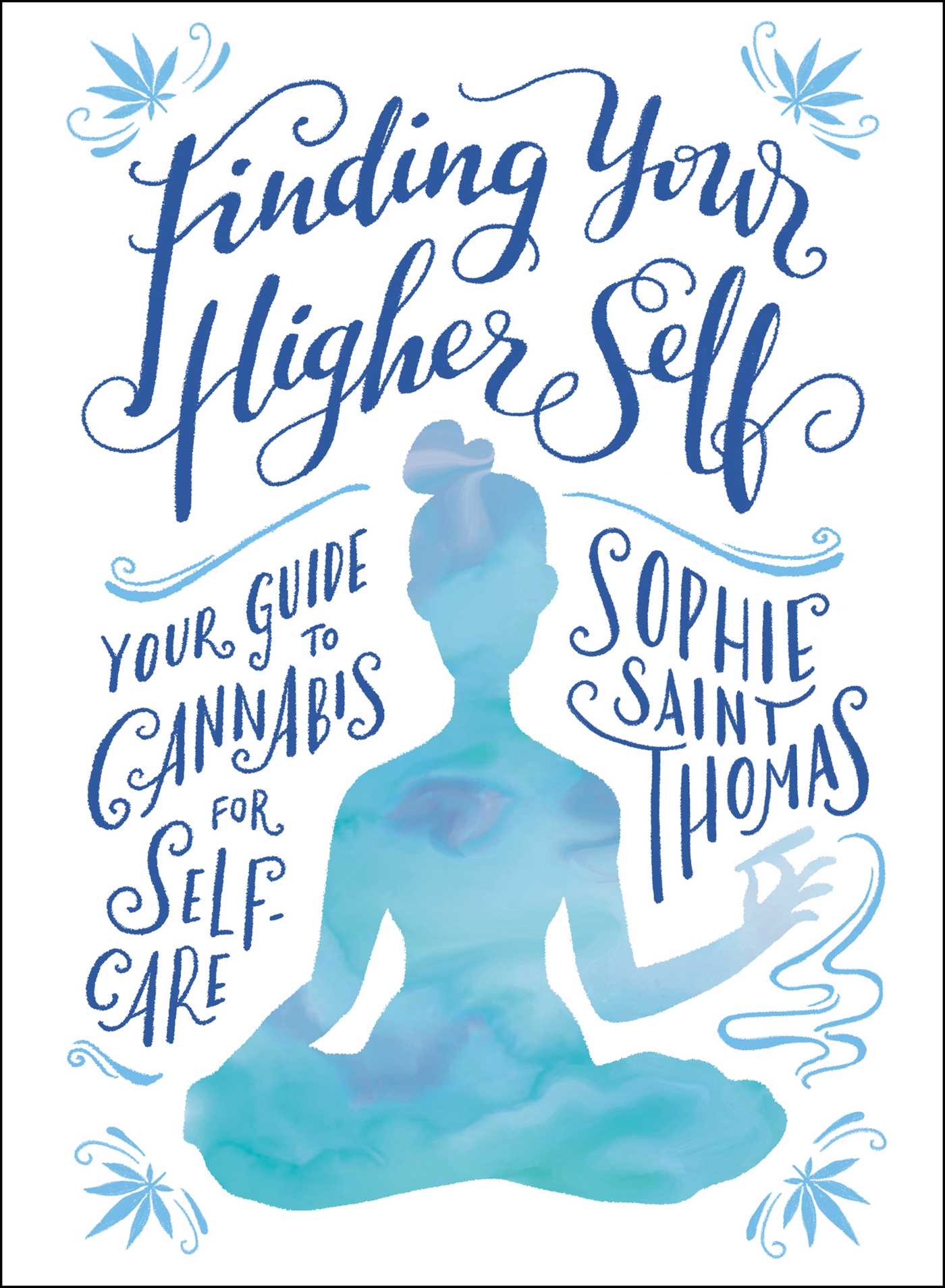 “Finding Your Higher Self: Your Guide to Cannabis Self-Care”
by Sophie Saint Thomas
Adams Media

Finding Your Higher Self: Your Guide to Cannabis Self-Care is an all-in-one roadmap to gentle enlightenment, invigorating revitalization, and radical better living as beautifully laid out by wise, self-aware, and wickedly-witty author Sophie Saint Thomas (who also pens MERRY JANE’s Stoned Sex column). 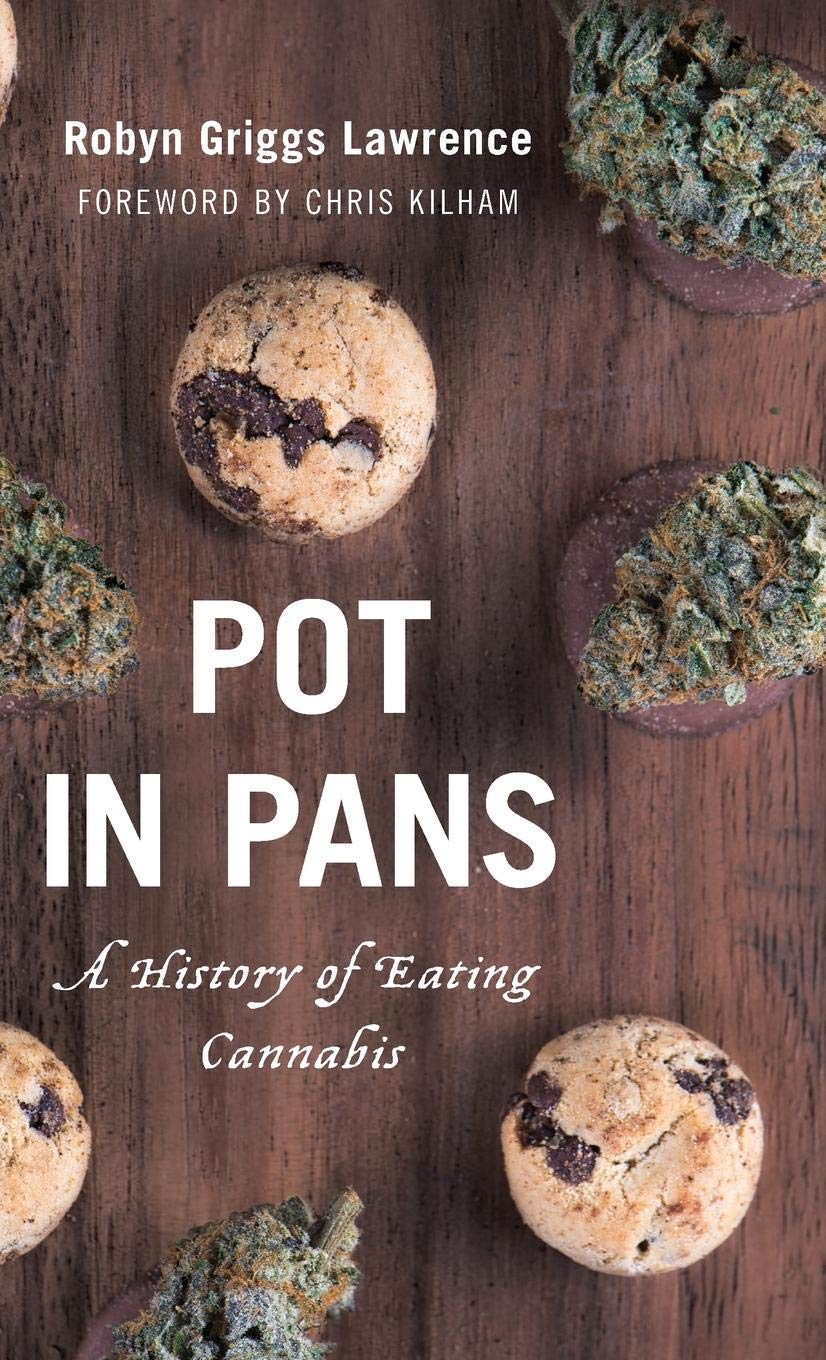 In 2019, the words “weed” and “edible” became intrinsically linked, both in the form of ready-to-chew dispensary treats and more involved infusions of marijuana into recipes, baked goods, and restaurant dishes.

Pot in Pans: A History of Eating Cannabis compellingly traces the practice of cooking and dining on the title plant back from humanity’s omnivorous origins on up to our present, where, happily, pot is as much food as it is anything (and everything) else. Expert author Robyn Griggs Lawrence proves to be an ace tour guide for this culinary trip through time, space, spices, and plants. 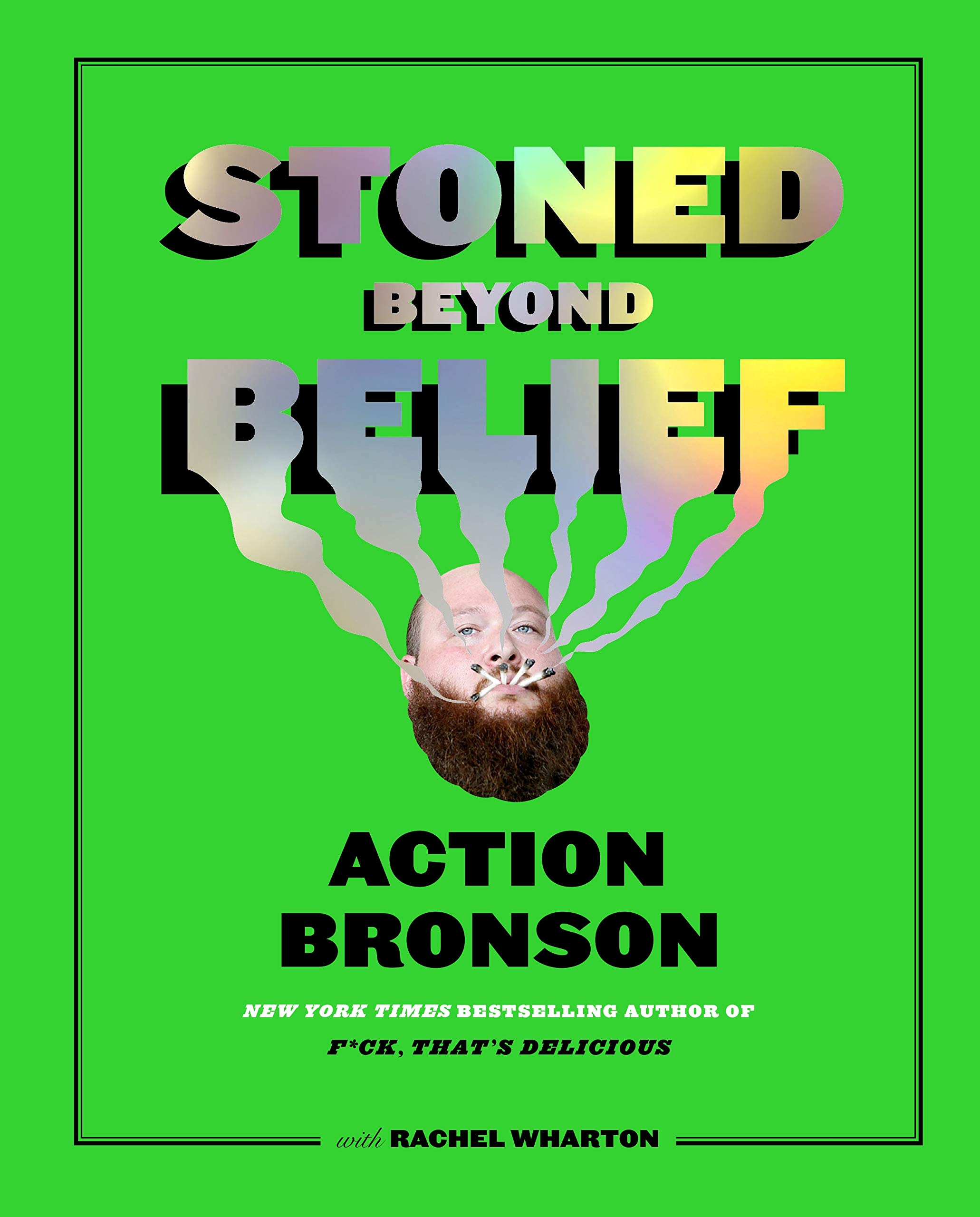 Action Bronson — one of marijuana’s loudest, proudest, and most hugely lovable human mascots — pays tribute to all things green in Stoned Beyond Belief, the funny, informative, endlessly re-readable follow-up to his 2017 cookbook triumph, F*ck, That’s Delicious: An Annotated Guide to Eating Well.

Stoned includes 35 new recipes, in addition to photos, anecdotes, botanical facts, and personal advocacy. It all adds up to a cornerstone book for any and every stoner library. 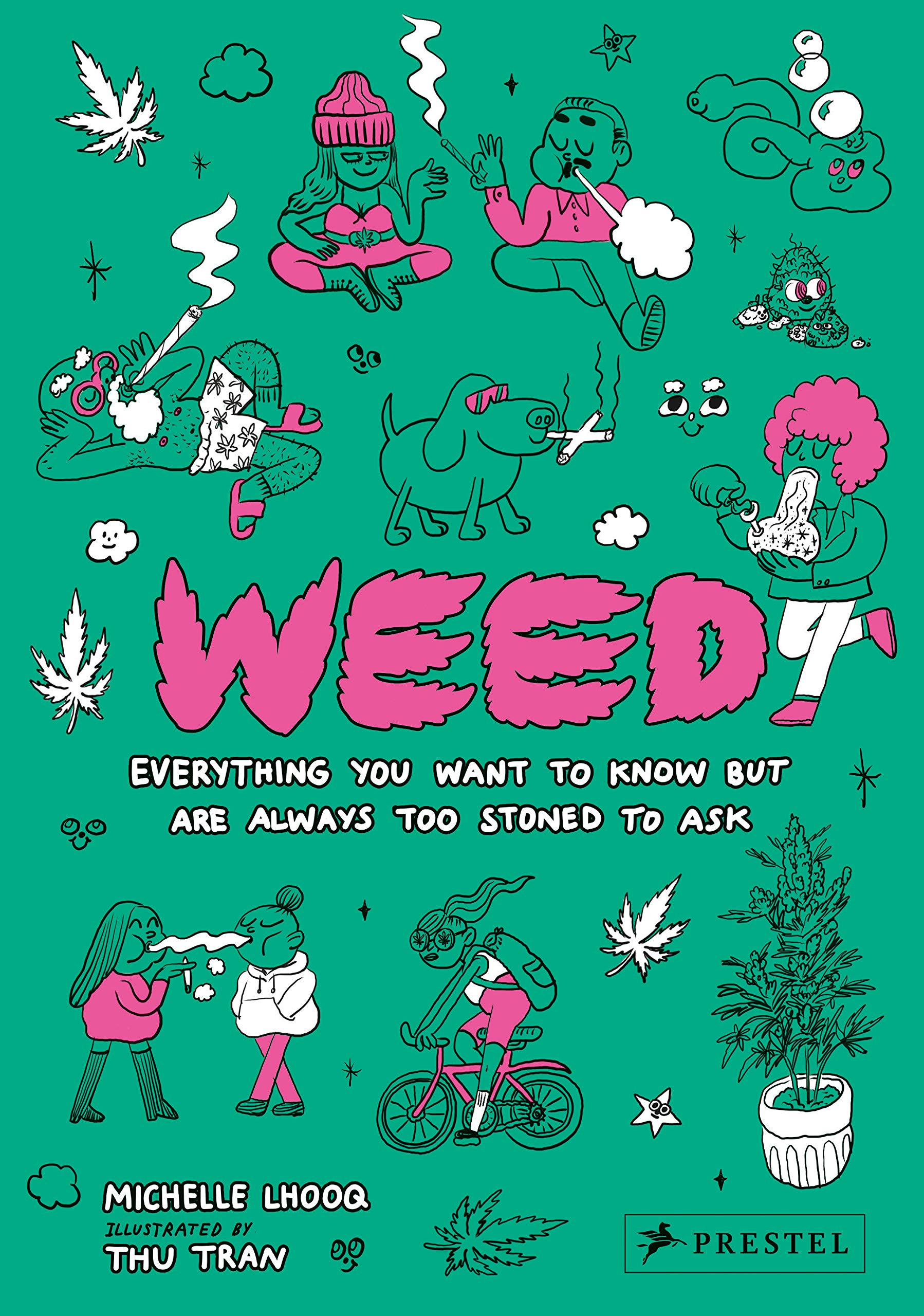 “Weed: Everything You Want to Know But Are Too Stoned to Ask”
by Michelle Lhooq
Prestel Press

To call a book Weed: Everything You Want to Know But Are Too Stoned to Ask is the definition of an ambitious undertaking. Fortunately, journalist and MERRY JANE fam Michelle Lhooq admirably rises to the challenge of Weed’s title, producing a vast overview of cannabis in its myriad forms.

The book is lavishly illustrated by the wondrously whimsical cartoonist Thu Tran, and it incorporates points of view from pot veterans, such dub music maestro Lee “Scratch” Perry and “cannasexual” sex educator Ashley Manta. The guide then divides everything up into elemental categories, including “How to Grow,” “How to Score,” and, of course, “How to Smoke.” You won’t have any more questions to ask after breezing through this gem! 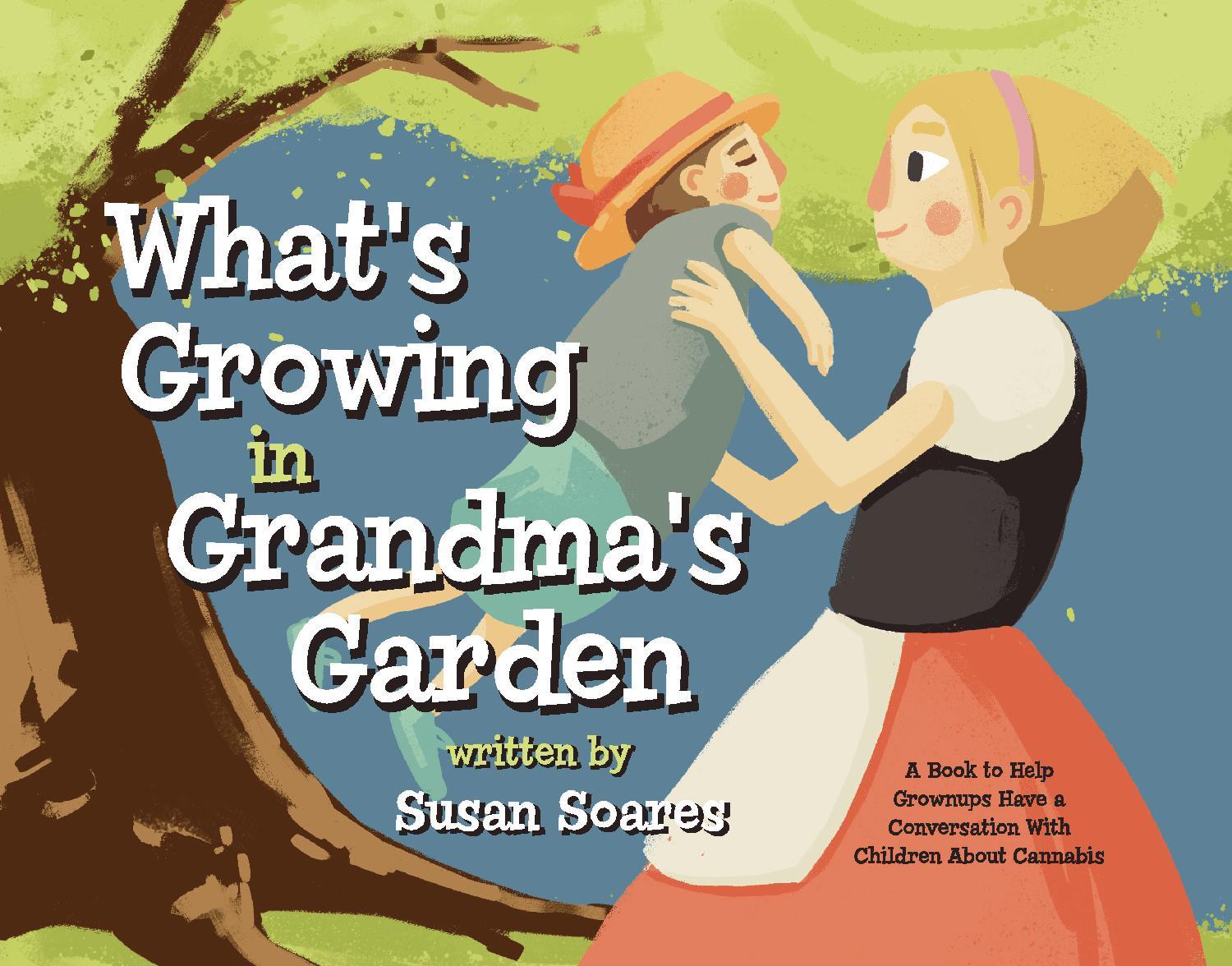 Committed activist Susan Soares heads up the organization C.A.R.E. (Cannabis Advocacy, Rallies, and Events) and channels her commitment to the cause into What’s Growing in Grandma’s Garden, a warmly written, invitingly-illustrated book aimed at children.

Telling the simple, direct story of a boy and his grandmother who lovingly tends to her plants, Grandma’s Garden explains in easy-to-share terms how cannabis is used for both healing and relaxation, while also making it clear that it’s only for grown-ups.

As cannabis continues to permeate culture and conversation, kids are (rightly) destined to ask more questions. What’s Growing in Grandma’s Garden is an ideal means of introducing them to the answers and further Soares’ notion of “just say know.”