From High Maintenance to Bill Maher to Anthony Jr. sneaking a joint at his confirmation party on The Sopranos, HBO has long been an outlet for 420-friendly entertainment. Now, HBO Max is teaming up with two major cannabis companies to release a limited-edition line of THC-infused gummies connected to its new animated series, Close Enough.

HBO partnered with Sunderstorm’s Kahna to produce these dope edibles, which will be sold in select dispensaries throughout California. You can also find them online through cannabis tech delivery service, Eaze. These limited edition gummies are available as of Monday, June 29, and will remain available through the end of July.

Close Enough, created by JG Quintel of Regular Show, is a surreal comedy said to focus on “a married couple, their five-year-old daughter, and their two divorced best friends/roommates all living together [while] juggling work, kids, and pursuing dreams, while also avoiding time-traveling snails, stripper clowns, and murderous mannequins.” Edibles, indeed, sound like a perfect pairing for this whacky show.

The 10mg Close Enough gummies will come in four varieties. Each flavor and effect is inspired by a specific character’s personality, according to an official press release.

Emily, Josh’s wife, is a logical, organized, planner — basically everything her husband isn’t. She’s a loving mother and a strong working woman who aims to have it all. Obviously, she’s on that sativa vibe and depicted by a pineapple flavored gummy. Yum.

Alex is Josh’s neurotic best friend from high school. He lives in a walk-in closet of the apartment he shares with Josh, Emily, and others. He likes getting lost in thought, so he’s the embodiment of watermelon hybrid gummies.

Then there’s Bridgette, a “glamorous” social media influencer — at least in her mind. “Working” is more of a hobby she squeezes in between partying. Bridgette is clearly a social butterfly, so she has to feel good, balanced and avoid getting too high. That’s why her gummies are the 1:1 THC to CBD pink lemonade gummies. 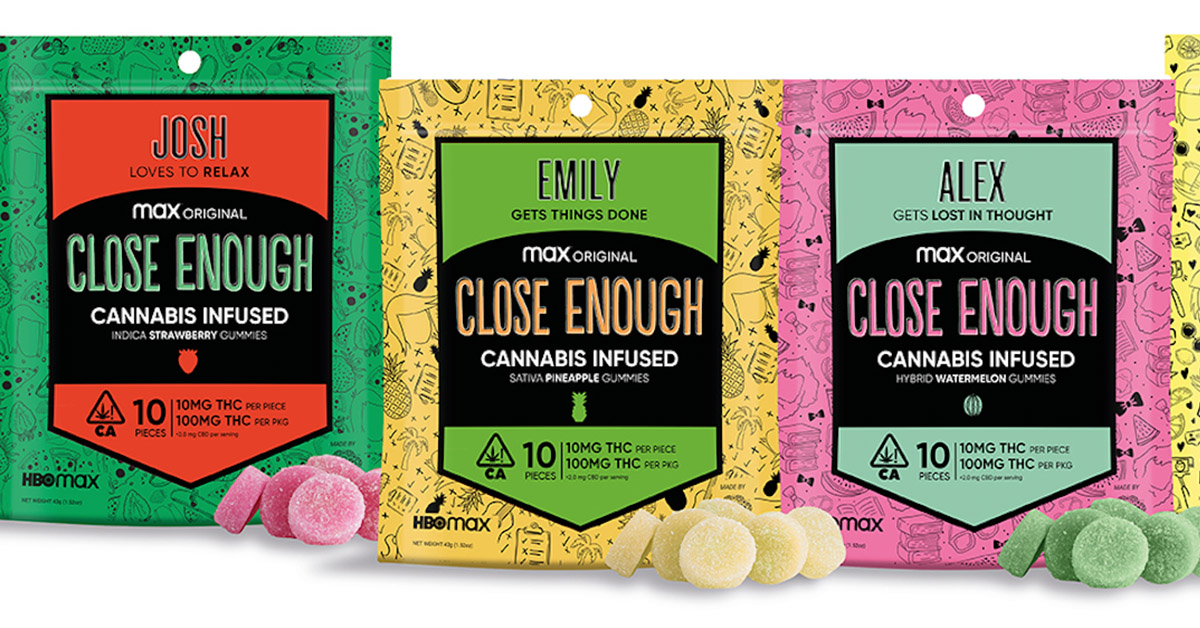 “It has been so thrilling for my team and I to create a campaign that feels so authentic to Close Enough,” said Peter Sherman, senior vice president of marketing at HBO Max. “When crafting any campaign, our aim is always to create an experience for the audience that feels genuine and exciting, and this partnership with Kanha hits the nail on the head. We’re so excited about this one and we can’t wait to see how fans react.”

Close Enough debuts on HBO Max on Thursday, July 9. You can order and eat Close Enough weed gummies any time you want to, though — at least throgh the end of July.