If you’re in the market for some new art to hang on your walls, but can’t decide if you want to drop the cash on a canvas or cannabis, we’ve got good news: There’s a gallery in Washington, DC where you can have it all, including paintings made by a dog. We’re not joking.

According to a report from Business Insider, District Derp gallery is the latest player in Washington DC’s cannabis gift economy, where patrons receive a free bag of weed with every piece of art purchased. But the art at District Derp isn’t blue chip, per se. Rather, every painting is a custom piece made by Sudo, a four-year-old Alaskan Klee Kai dog.

Using a specially-made paintbrush held in his mouth, Sudo paints colorful, abstract canvases that are then turned into prints, framed, and sold alongside a free gift of ganja. And while Sudo’s art talents are subjective, patrons can pay Sudo (and the pup’s owners) anywhere from $55 for a painting and an eighth of weed, to $330 for a piece of art and an ounce of bud.

SUDO PRINT FEATURE: ‘Fast Times’ ? . Fast Times is a combination of all the things you love and miss about the 80s. Race cars, high tops, mom jeans when they were real and not ironic, and shows like Saved by the Bell. If you love Pollock and primary colors, this is your ticket to happier times, to Fast Times. . Print Dimensions: 8 x 10 Print Dimensions with Mat Board: 11 x 14 . . #districtderp ? ? “Exceptional Art for Elevated Minds” To purchase paintings and receive gifts, visit our site or TEXT US 202-854-8294

“Part of the reason why we were able to link cannabis and Sudo’s art is that there is no set value on art. Art can be worth anything to anyone,” District Derp co-owner Anais Hayes told Business Insider.

Adult-use cannabis was legalized in Washington DC in 2015, but thanks to unique circumstances in the area’s budget process, federal legislators have repeatedly blocked the District’s attempts at constructing a regulated sales industry for the plant. In its place, a number of businesses like District Derp have popped up to legally gift up to one ounce of cannabis alongside sales of other, non-weed goods or services. 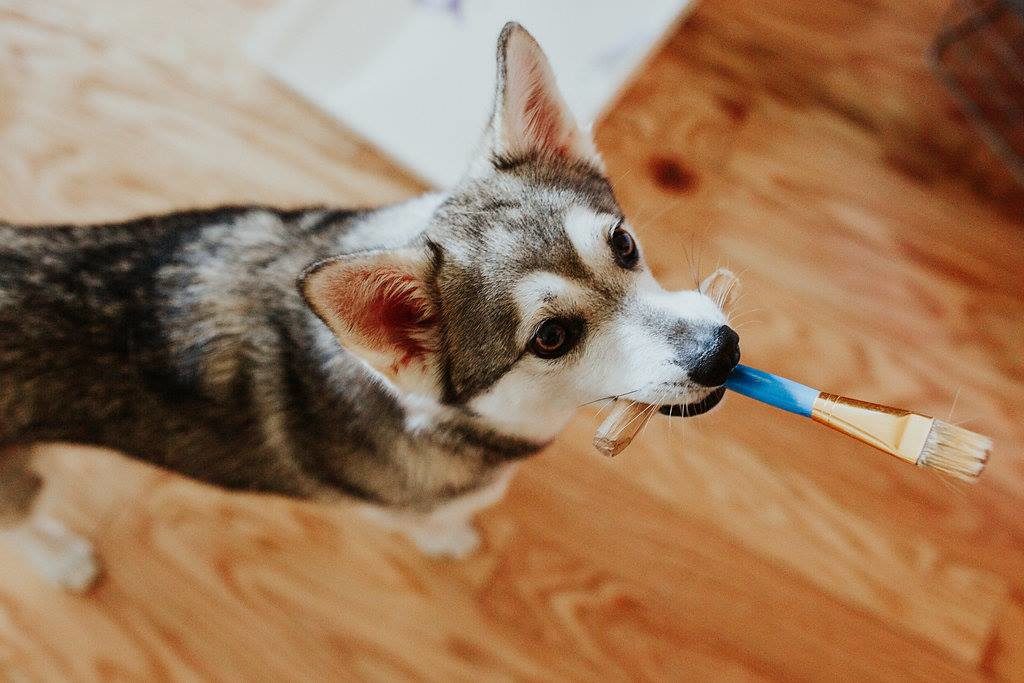 So until federal lawmakers get off their high horse and allow DC to construct its own dispensary system, Sudo will keep on painting in an effort to provide accessible cannabis to local consumers.

Buy a Painting Made by a Dog, Get Free Weed at This Washington DC Art Gallery
WEEDGANGSTA Power Share: