The Bay Area musician/mogul better known as Berner doesn’t take a lot of days off, which makes sense when you’re responsible for running a lifestyle brand as popular as Cookies — while simultaneously cutting tracks with rap heavyweights like Wiz Khalifa and Snoop Dogg.

On top of his wildly successful work as an artist and entrepreneur, Berner also has deep roots with the “Cookies Family” of cannabis geneticists. But since cannabis is currently a federally controlled substance, it cannot be trademarked by the United States Patent and Trademark Office. Brilliantly, Berner instead founded Cookies as a lifestyle brand. Now, he has a fashion and accessories line that gives him ownership of the Cookies name, with each item sold also serving as free advertising for his crew’s award-winning, mainstay strains like London Poundcake and Girl Scout Cookies (a.k.a. GSC).

Despite his impressive accomplishments, it’s a dispensary opening this month in San Francisco’s legendary Haight-Ashbury region that Berner referred to as “a life goal” coming to fruition. The moment is undeniably historic, given the dispensary, Berner’s on Haight, will not only be the neighborhood’s first legal retail cannabis store, but the first pot shop in San Francisco to open under the city’s social equity program. 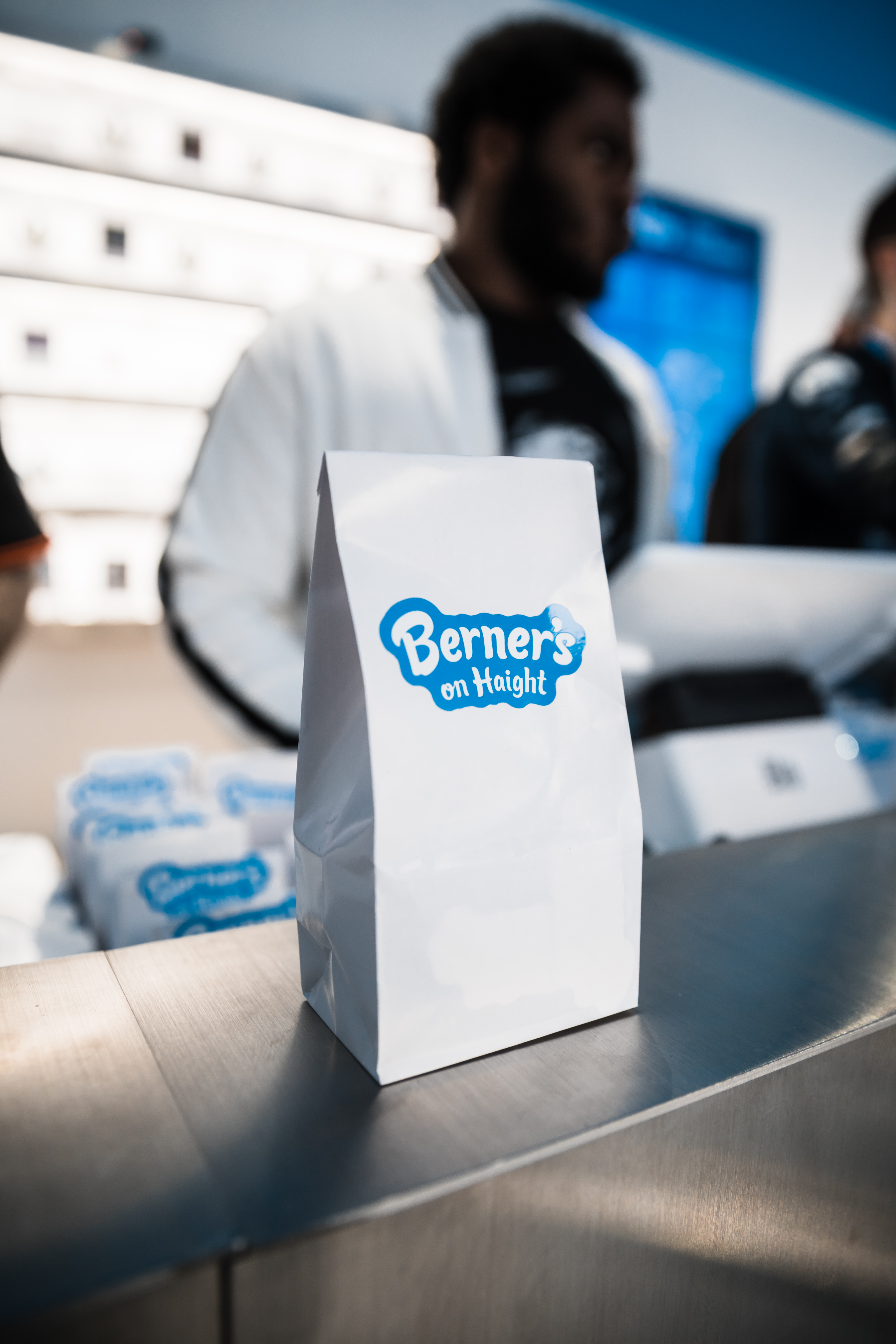 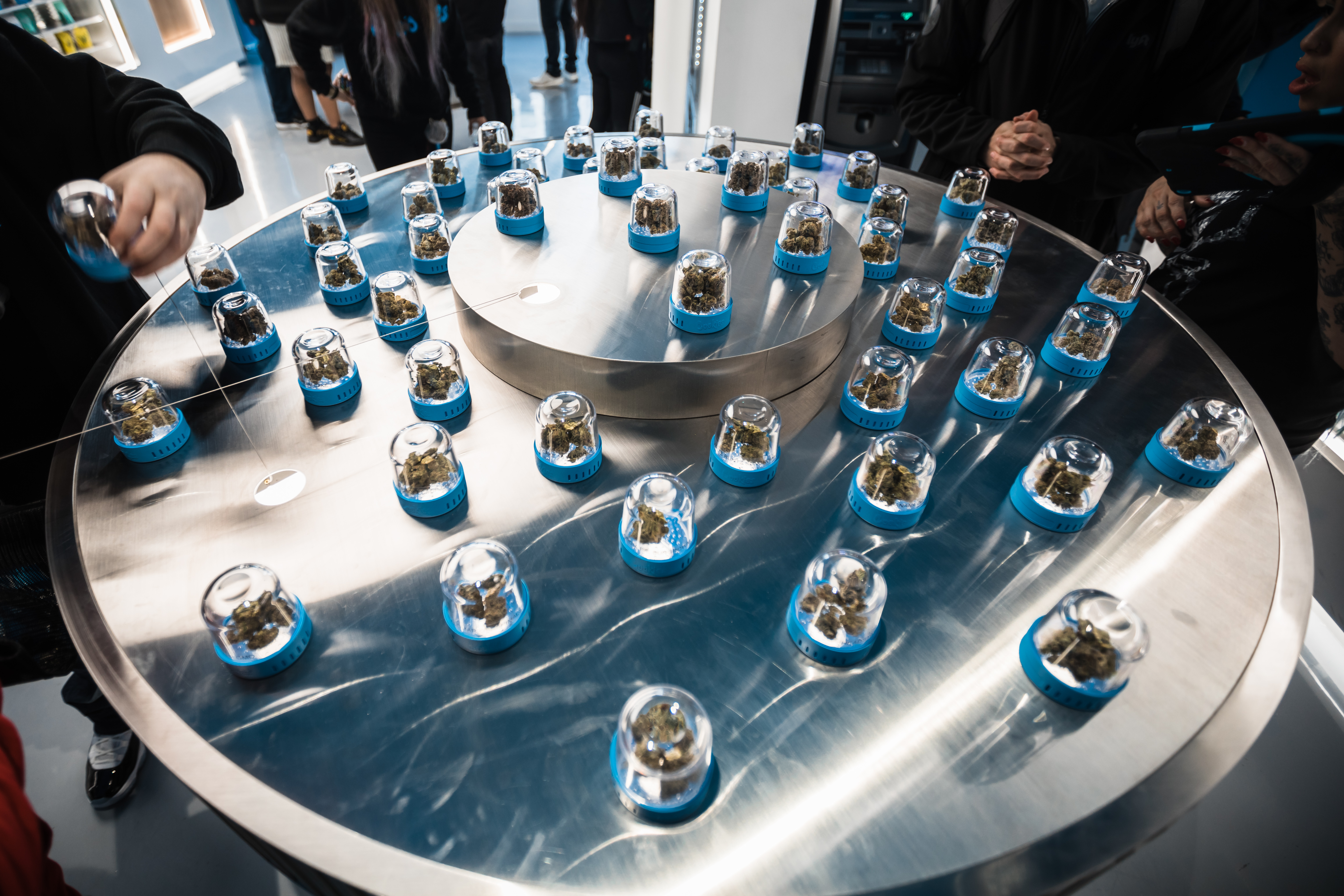 Conceived as a means of providing minority communities that have been historically disenfranchised by draconian drug policies with resources to help them establish businesses in the new legal cannabis market, San Francisco’s equity program has been off to a notably sluggish start. Despite announcing the program in 2017, it took two years before the first equity permit issued by the city was granted to Chris Callaway, CEO of future Castro District dispensary Eureka Sky. That same day, Cole Ashbury Group CEO Shawn Richard received the city’s second equity license.

San Francisco’s equity program has the stated mission of working to “lower barriers to cannabis licensing for those hardest hit by the War on Drugs.” This means giving qualified applicants — one must meet three of six conditions  — priority access to licenses, as well as not having to pay a $5,000 permit fee and the prospect of an incubator partnership in which a non-equity operator provides rent-free space for three years or technical assistance in running an equity applicant’s business.

Meanwhile, the city of Oakland’s first equity-operated dispensary, Blunts Moore, has already been open for over a year. Credited with being one of the first cannabis social equity programs established in the country, the Oakland model has served as a blueprint as other cities in California (and beyond) continue to understand the importance of equity as they pivot to pot as a source of legal profits. 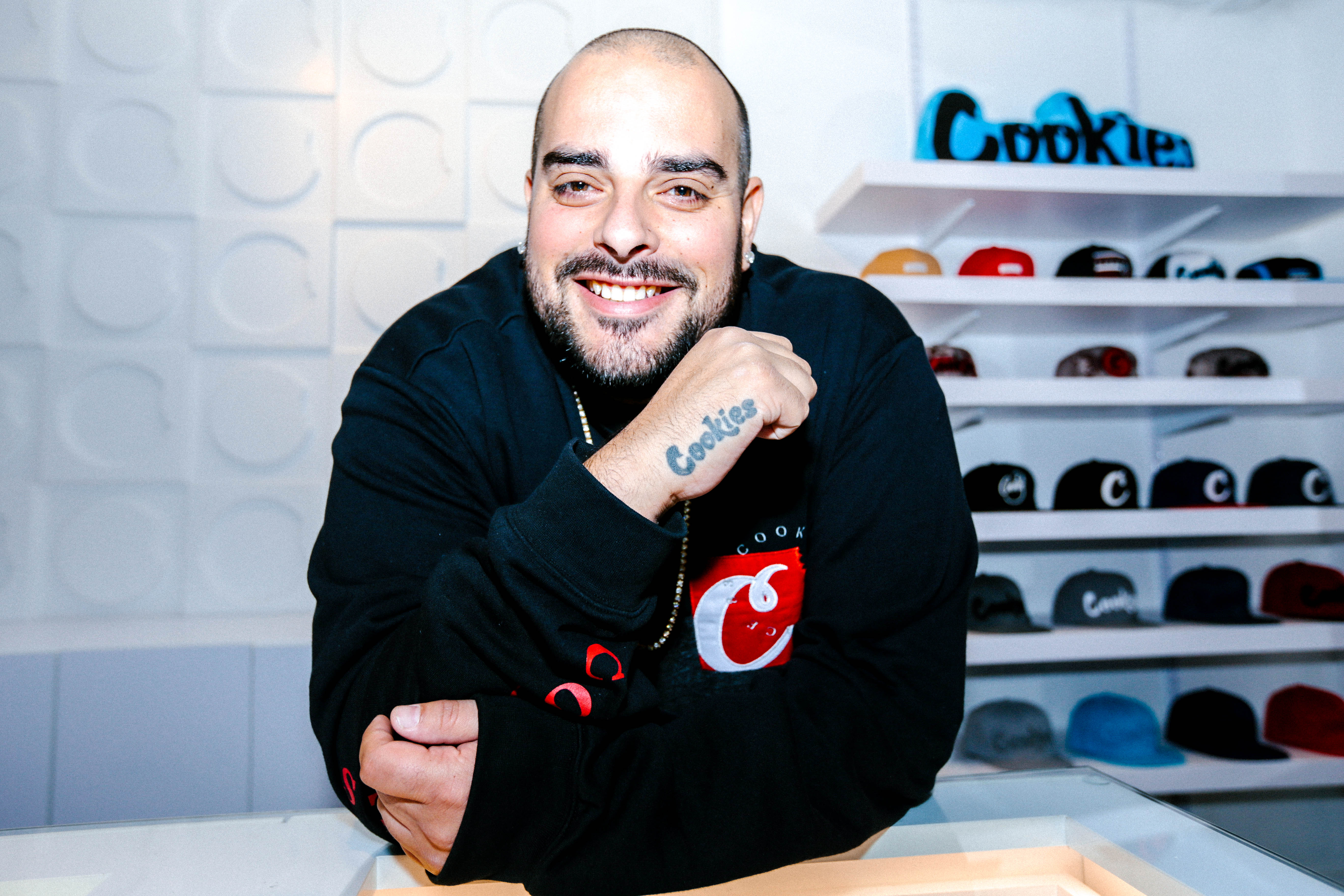 Berner explained that as soon as he heard Shawn Richard was on his way to securing a permit for a dispensary on Haight, he had someone get in touch. As the operator of three Cookies stores that sell the brand’s clothes, backpacks, and more — including one on Haight — Berner said he saw the chance to partner with Richard as an opportunity to create something truly special together.

“I’ve always wanted to open a dispensary on Haight,” he noted to MERRY JANE during a phone interview. “I was always hanging out there growing up, and it just has so much culture, from the vendors to the all-around history. After I met Shawn Richard, I got even more interested once I learned that it was an equity thing because I know a lot of people are getting done wrong when it comes to that.”

One aspect Berner is eager to stress when it comes to Berner’s on Haight, which officially celebrated its grand opening on December 21st, is that his partnership with Richard is just that — a partnership. Having previously experienced fallout from a bad licensing deal, Berner wanted to ensure that their collaborative pot shop would serve as a model for how bigger names can sustainably assist and benefit equity cannabis operators — as opposed to simply buying them out.

“The deal Shawn got is what a deal should be,” he explained. “[Cookies] doesn’t have any ownership in the store — we’re just managing it. We do have a purchase option on the store for later on in the future, but Shawn wanted to stay in the business. Most people are offered money to step back or to not be involved, but he’s going to be running the store. I’m going to teach him everything I’ve learned over 18 years, and he’s excited to learn about the business and to run his store. That’s dope to me.” 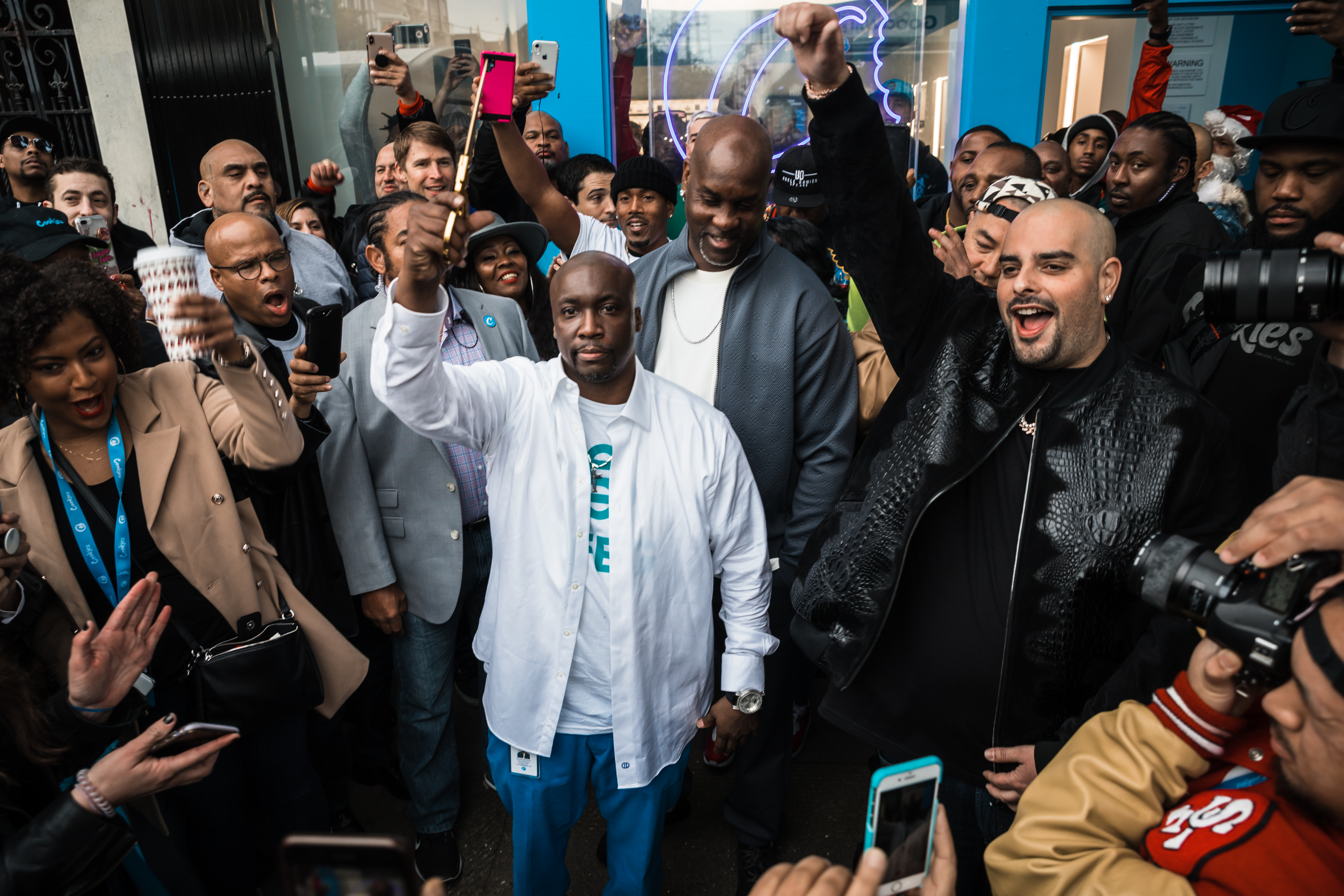 This also marks the end of a long road for Richard, who has been working for three years to open a dispensary at 1685 Haight Street.

In addition to being the CEO for the Cole Ashbury Group, which owns Berner’s on Haight, Richard is also a founder of the San Francisco Equity Group — an organization established as a centralized home for San Francisco’s equity applicants to share notes, pool resources, and advocate for one another. His life as a gang member and dealer now in the distant past, Richard has overcome numerous obstacles to achieve the distinction of opening the first equity-operated dispensary in the city.

“It’s been a long, slow process,” Richard told MERRY JANE by phone, “but we now have an opportunity as the first equity applicant in San Francisco, the second in the Bay Area — and the nation, actually — and it’s a black-owned dispensary. That’s powerful, and our excitement is palpable.” 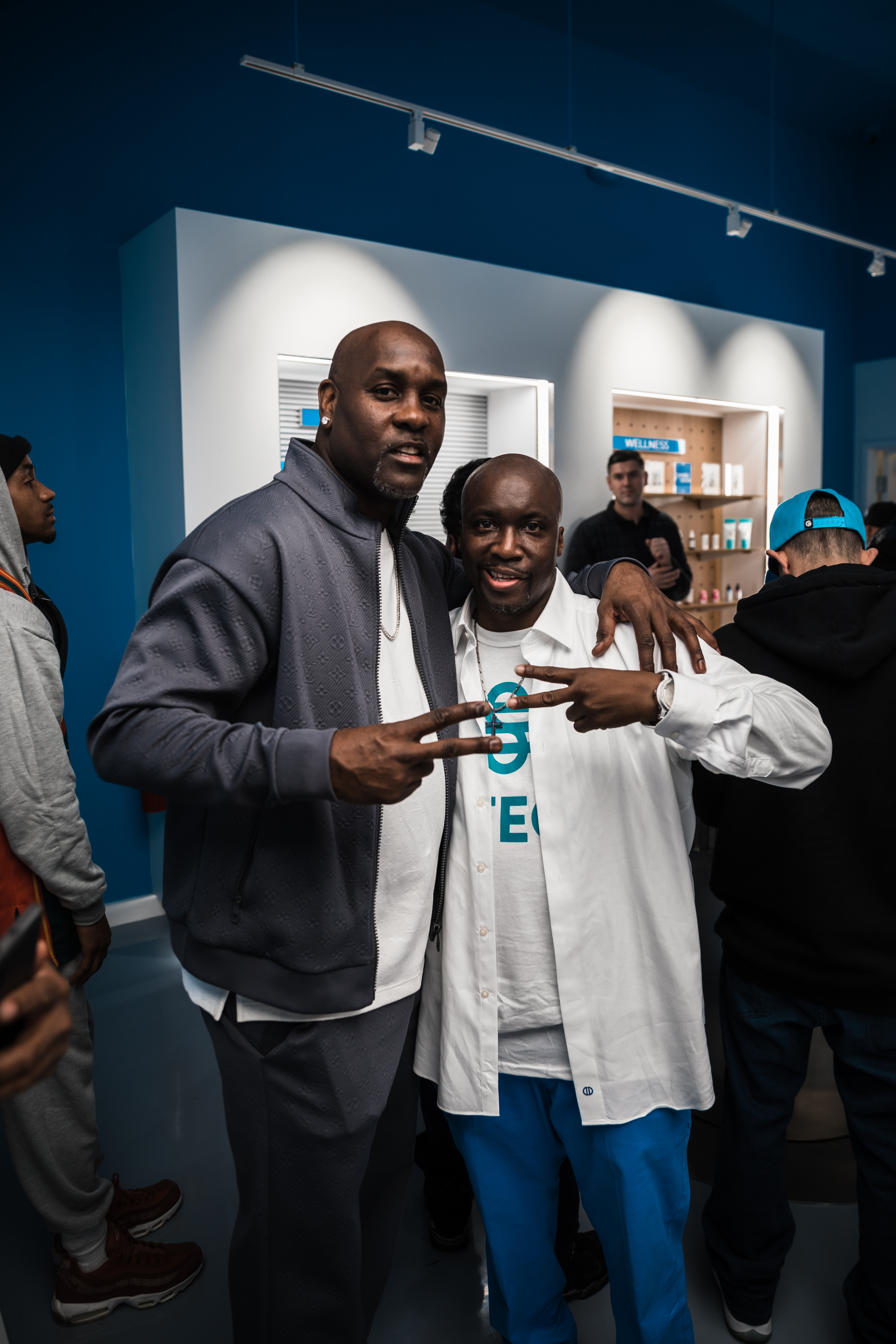 Berner also emphasized the time it has taken to see Richard arrive at this day. For his part, Berner says he’s been trying to spread the gospel of equity since the get-go.

“My interviews on Hot ‘97 and The Breakfast Club in New York were two of the biggest interviews I’ve ever had in my life, on the biggest platforms,” he said, “and the first thing I did was talk about the equity program. Before I met Shawn Richard, before I even knew I was going to do this, I was preaching about it. At the end of the day, I feel like I have to use my voice. It’s funny, because a lot of people talk shit about me and my position in the industry, but I try to do the right thing. I always have, and I’ve been in this for 18 years.”

For Berner, the opportunity to impart the knowledge he’s amassed from nearly two decades as a cannabis industry insider was another major part of the appeal. In working together with Richard to open a dispensary, he said he’s not just slapping a logo on the wall — he’s investing his resources and expertise into a business that he expects to be an integral part of the community for a very long time. 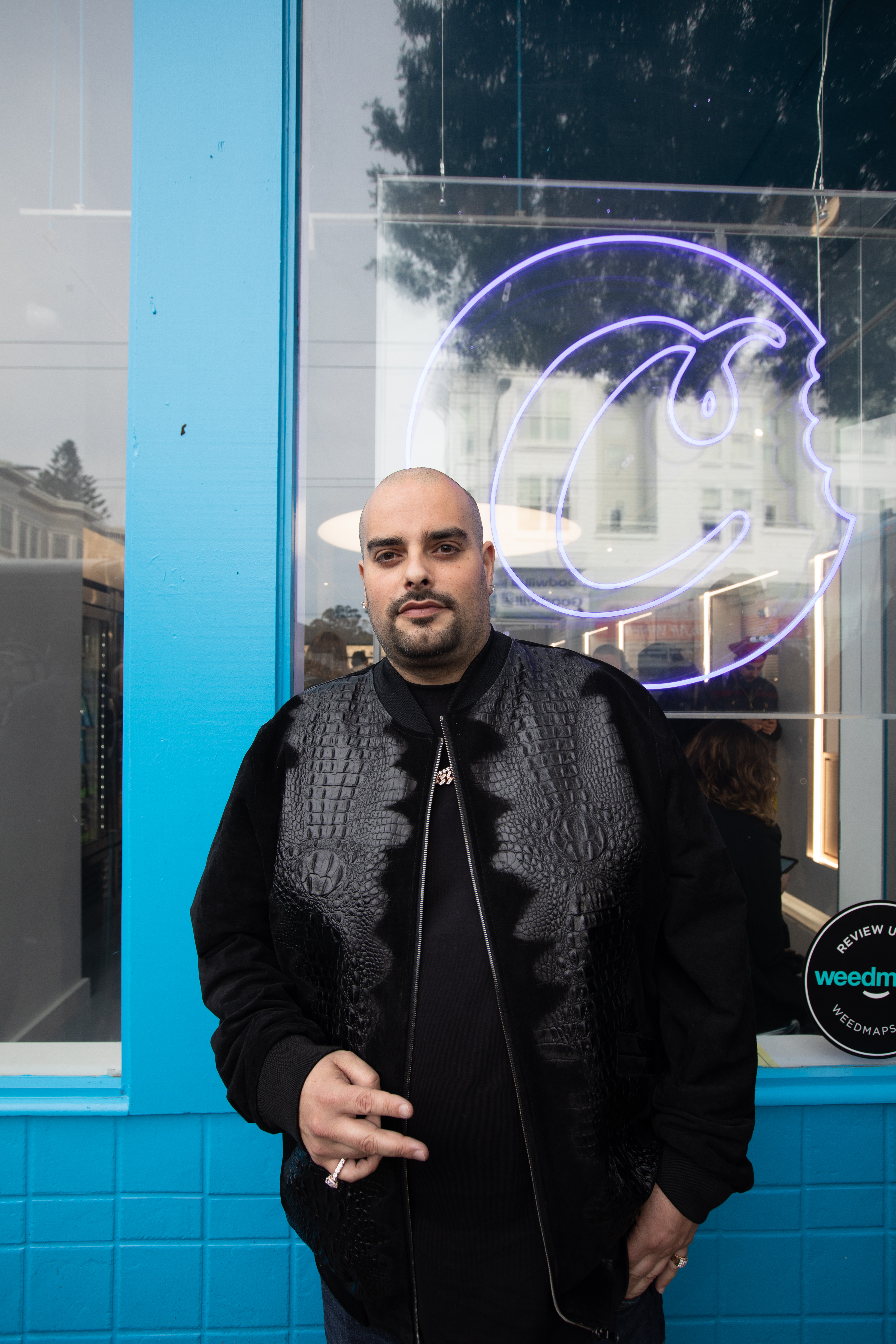 Visitors will quickly note the spacious nature of the store in a city where every square inch comes at a premium. In addition to its “less is more” aesthetic approach, the shop’s color scheme of soft blue and crisp white will be familiar to anyone who has ever visited Berner’s non-cannabis Cookies store located two blocks away. Prominently showcased throughout the space are some of Cookies’ famed cultivars like Cherry Pop, Georgia Pie, and Gary Payton.

As for the name, Berner explained that the city of San Francisco wasn’t keen on any potential confusion that might be caused by having both a Cookies lifestyle store and a dispensary in close proximity. Though he recently partnered with the cannabis platform BLAZE to open a Cookies Oakland dispensary, Berner said he didn’t want to “offend the city of SF or piss them off” when it came to naming his store with Richard.

Thus, Berner’s on Haight. If not his first choice, the beloved Bay Area artist certainly doesn’t deny that his new dispensary’s name reflects a major personal milestone in his career.

“It’s honestly the best feeling I could ever have,” he said. “I’ve been a budtender. I’ve been in the business, working my ass off and dealing with all of the politics and the bullshit that comes with it, so it’s the best feeling in the world. I have a store named after me. I could die tomorrow and be happy about that.” 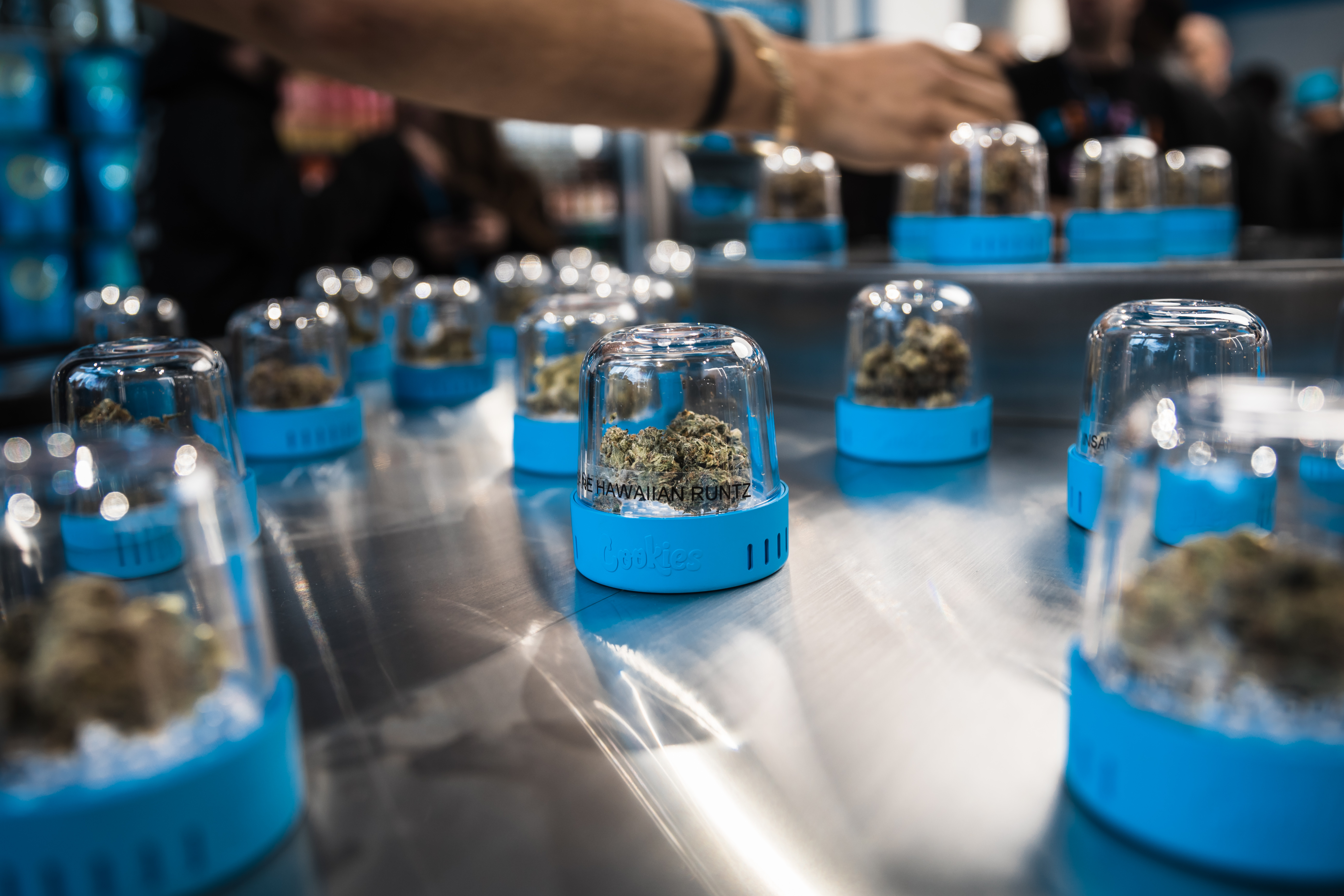 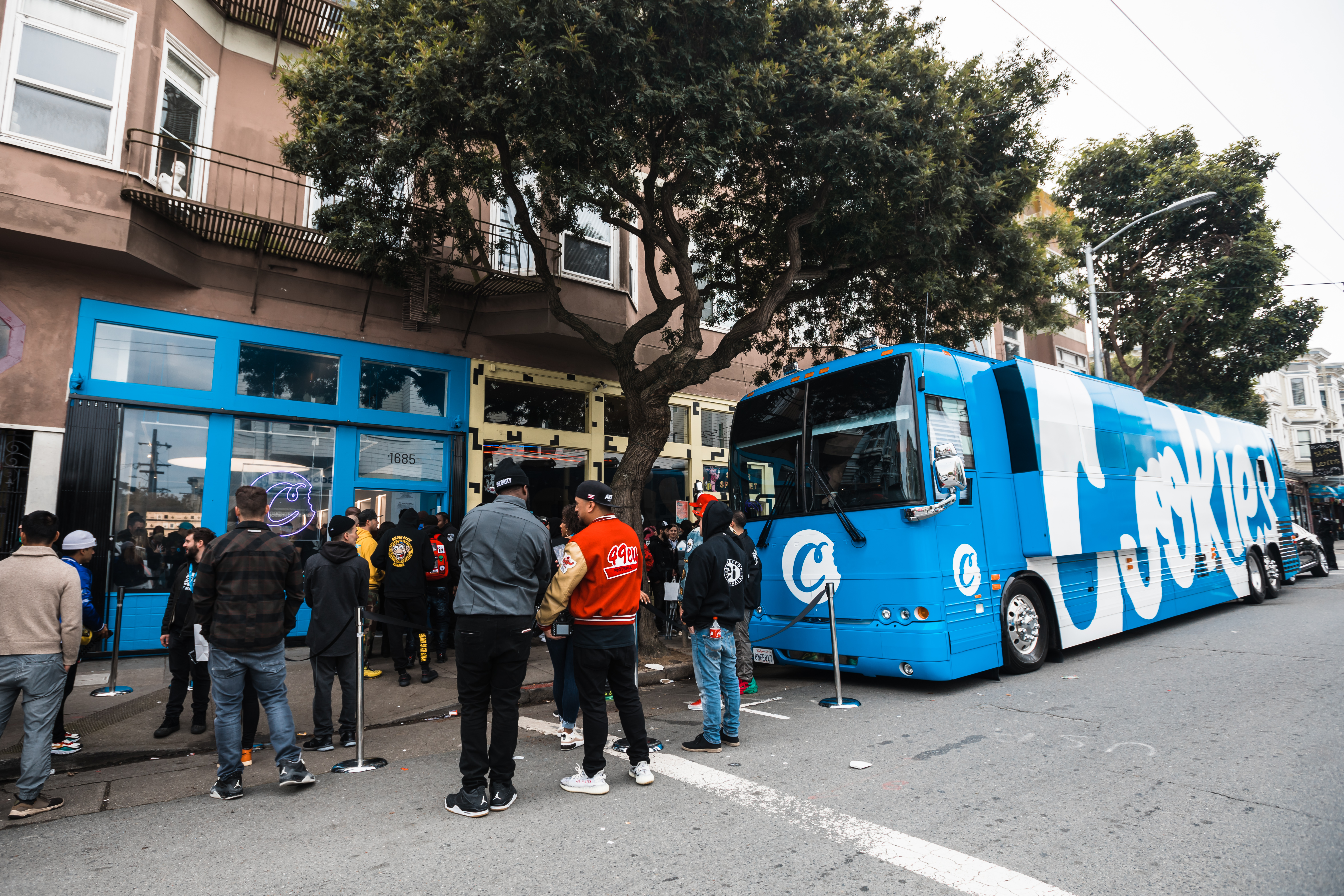 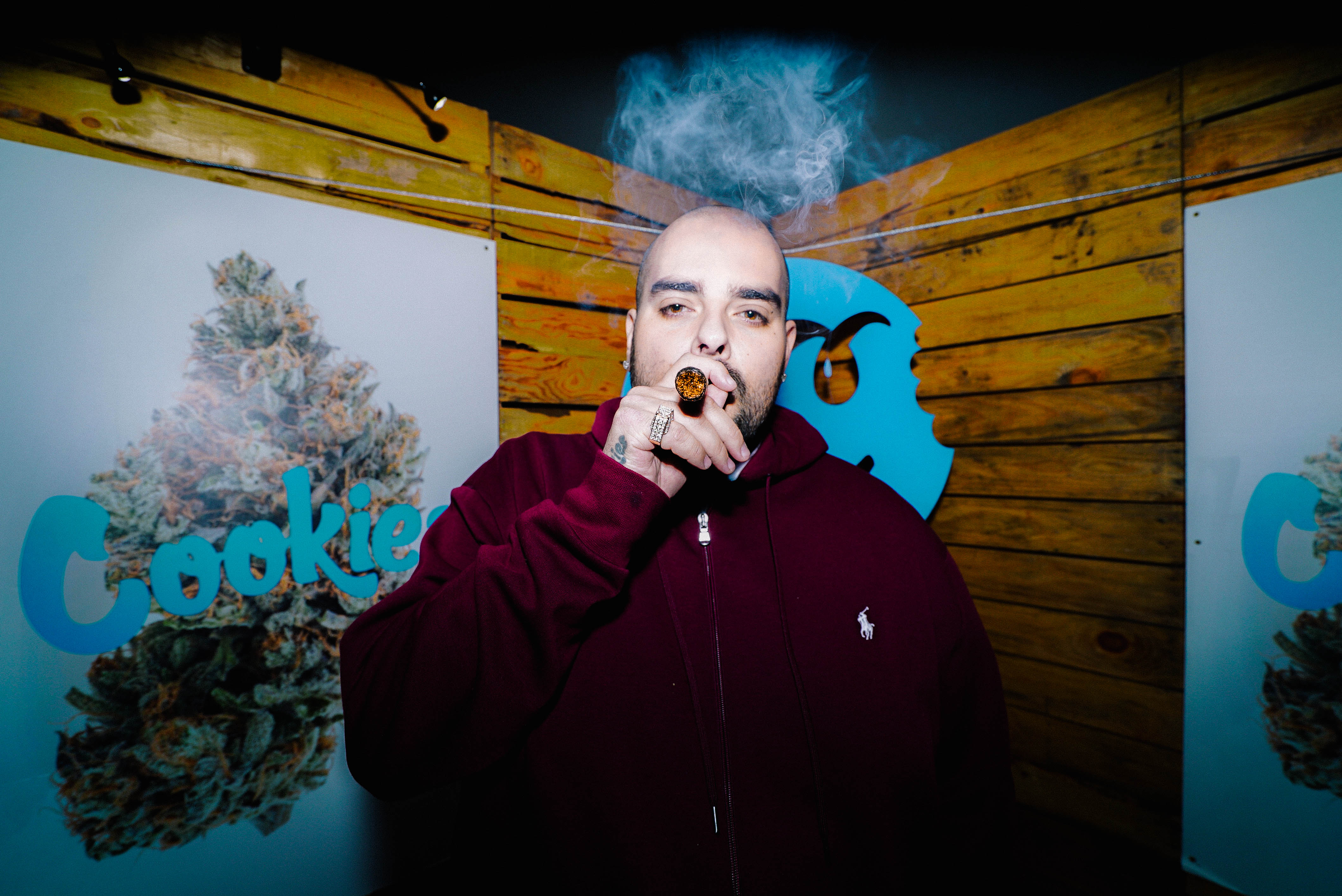 For more on Berner’s on Haight, visit the pot shop’s website here