For too many dark decades, anti-pot propaganda promoted the lie that marijuana made its users lazy, lethargic, and unable to make any kind of impact on their own lives, let alone billions of others on the planet.

The reality, of course, is that weed provides positive inspiration and instills an ability to help act on it. As laws change and old taboos die off, certain cannabis strains have even become specifically known for their ability to spark creativity and generate energy.

Weed lovers have always recognized and cherished the power of pot to help seize the day, shake things up, and get massive things done. It’s been true since time immemorial, as evidenced by the fact that some of the most earth-shaking figures throughout human history have grown weed and gotten high.

What historical figures smoked weed? The list is long and lit. Some historical figures who toked absolutely made the world a better place. Others maybe should have smoked a bit more so that their kind bud might have prompted some more kind deeds. Regardless, check out our roundup of some of the most iconic history-makers who loved cannabis. 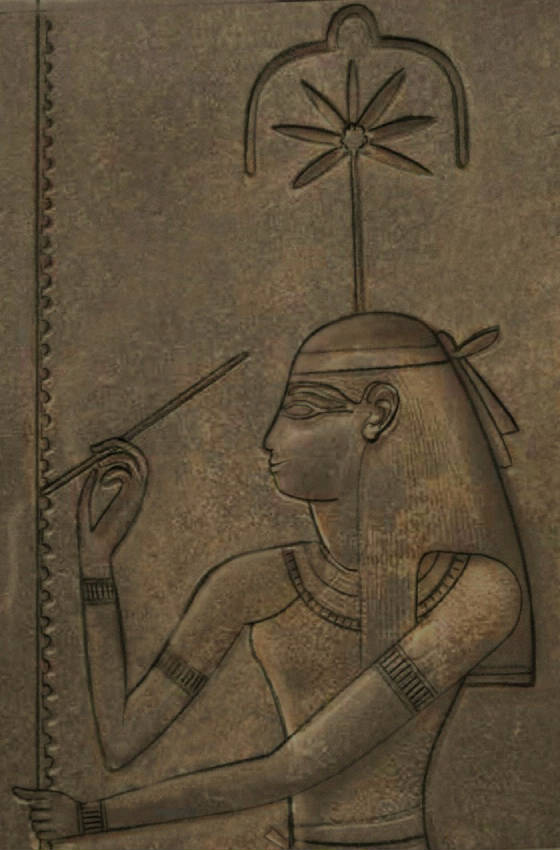 Lording over ancient Egypt from 1279 to 1213 BCE, Pharaoh Ramesses II is so revered for his wisdom and leadership that Egyptians, to this day, call him “the Great Ancestor.” Ramesses the Great also valued weed so much he took some with him to the grave.

Centuries after being interred, scientists unearthed Ramesses’ mummy and discovered cannabis pollen among the remains. Historians have also confirmed that marijuana regularly figured into medical and religious practices of ancient Egypt. So, was pot the X factor when it came to building the pyramids? Smoke up, and think about it! 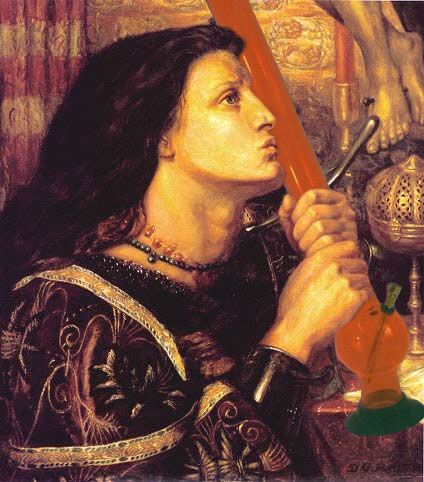 Joan of Arc: Baked at the Stake

In 1412, sainted mystic and battlefield conqueror Joan d’Arc was born into a peasant village known for using cannabis and other psychoactive healing herbs.

At 15, Joan reported receiving divine messages that instructed her to get Charles VII crowned the King of France by leading his forces into war against the British. Armor-clad and amped up enough to communicate with angels, Joan did just that and became a national hero.

Under the command of King Charles, then, Joan kept on fighting until she fell prey at age 19 to enemy combatants and, we presume, could no longer access her stash.

Anglo-Burgundi authorities charged Joan of Arc with crimes that included the use of “witching herbs” and burned her at the stake. Where there was fire, then, there apparently had been smoke. 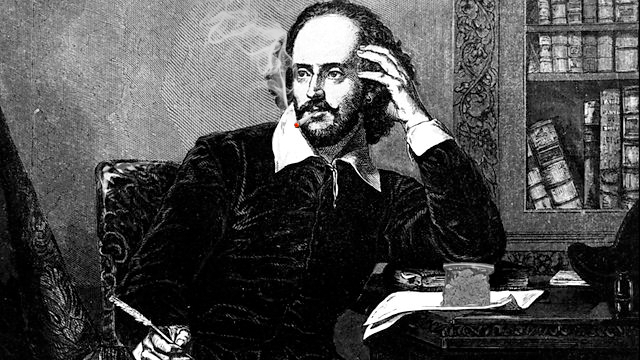 William Shakespeare: The Bard of Bud

Based solely on A Midsummer Night’s Dream — with its fairies, imps, and donkey-head spells — playwright William Shakespeare seems a likely candidate to have consulted with cannabis for inspiration. Many Shakespeare scholars have also pondered whether the Bard dropped hints about using weed throughout his other works.

In 2015, a scientific study suggested that Shakespeare may well have puffed away while penning his sonnets and plays. The study analyzed tobacco pipe fragments from Stratford-on-Avon, where Shakespeare lived, including four confirmed to have come from the writer’s own garden — each of which contained traces of cannabis.

“To blaze or not to blaze?” We think we know how Shakespeare himself would answer that question.

Queen Elizabeth I, England’s predominant ruler during Shakespeare’s lifetime, not only publicly endorsed the cultivation of cannabis, she fined farmers who failed to grow it!

In 1533, Elizabeth’s father, King Henry VIII (who, yes, definitely appeared to be inclined toward munchies), initially ordered his land-owning subjects to reserve a quarter of their fields for hemp.

Thirty years later, Elizabeth reinstated the law and added a £5 fine, which in 2020 dollars is a cool $5,000. Queen Liz wasn’t messing around when it came to marijuana.

After being touted for centuries as the brave explorer who “discovered America,” Christopher Columbus rightly gets a bad wrap these days. Colonization and genocide, which Columbus both practiced and inspired, are definitely not what a world properly enlightened by weed should continue to contain.

Still, even the devil has to get his due: Christopher Columbus actually did transport literal boatloads of weed from Europe to North America. The Niña, the Pinta, and the Santa Maria reportedly got loaded with enough green for the captain and crew to happily sail the ocean blue, and then plant fresh crops once they hit land.

Cannabis and Columbus are so intertwined, in fact, that the base of a Columbus statue in Madrid is decorated with what hand-carved pot leaves. 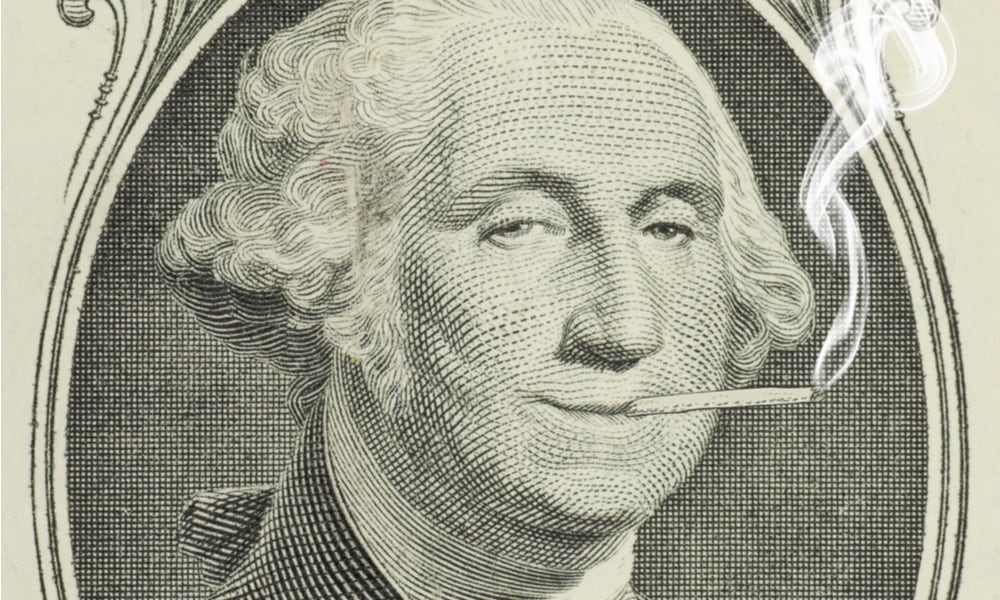 George Washington: Father of His Country, Cultivator of Cannabis

It’s an established fact that the Founding Fathers of the United States shared a passion for partying. It’s also known that at least four of them grew hemp — Thomas Jefferson, Benjamin Franklin, James Madison, and, yes, our very first president, George Washington.

At the time, hemp ruled as an outstanding cash crop, being used for rope, paper, and other non-intoxicating uses. Washington grew vast amounts of hemp and praised it enthusiastically, and the plant continued to be cultivated until its use was prohibited by the enemies of fun and freedom.

Fortunately, in 2018, Mount Vernon caught up with our cannabis-friendly times, and the crop returned to the very fields managed by George Washington himself.

While reigning over Great Britain from 1837 until her death in 1901, Queen Victoria unknowingly pioneered modern medicine by being one of the very first patients on record to be officially prescribed marijuana to combat menstruation-related pain and other issues.

As with many contemporary users, Queen Victoria took her cannabis in tincture form. Alas, at present, recreational marijuana remains illegal in England. Somebody in charge needs to look at their own history! 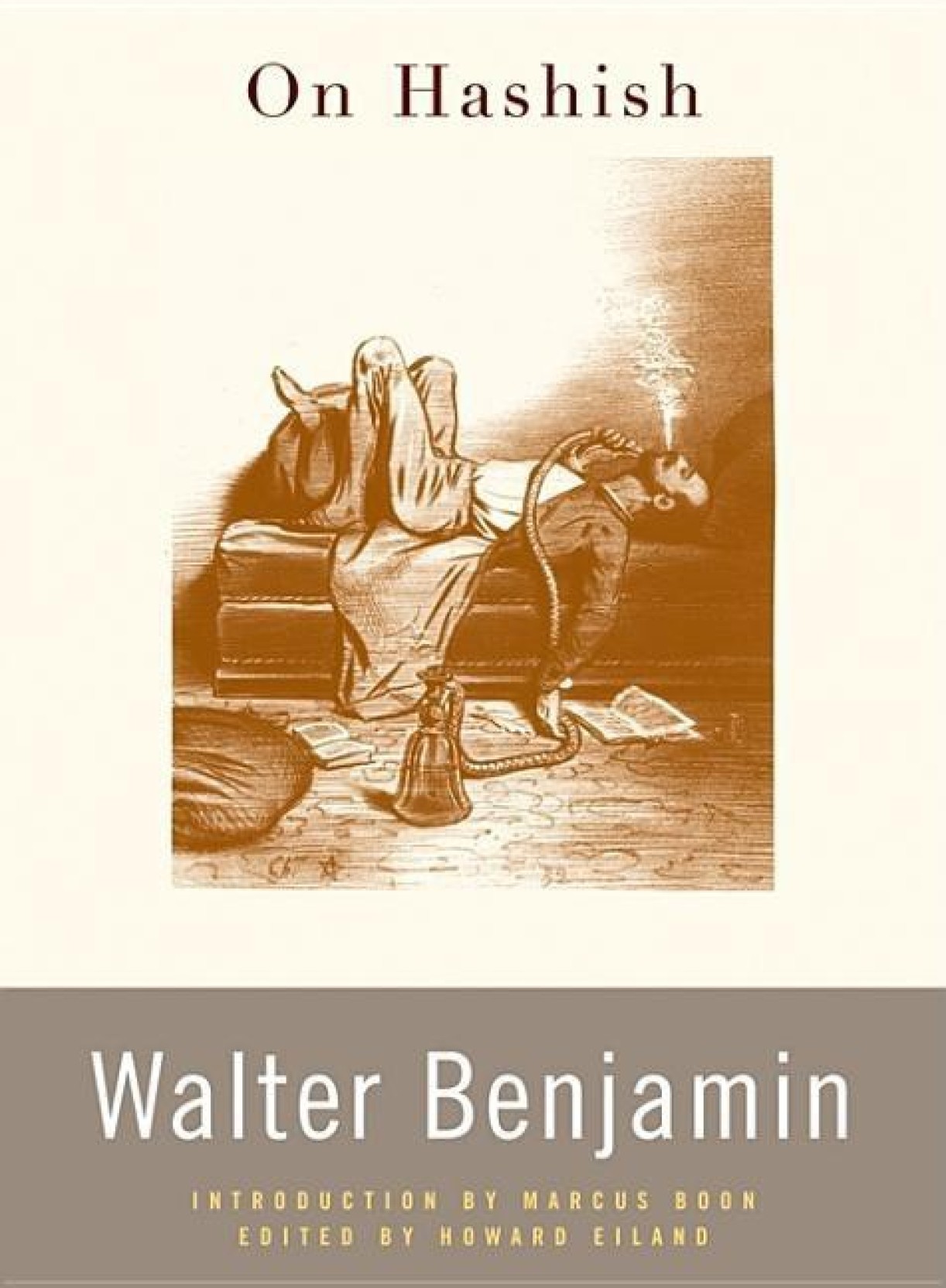 Benjamin came by his elevated perceptions and fueled his prolific academic output by consuming massive amounts of cannabis, jotting down his thoughts, and then reworking them into the classics that continue to be taught and studied all over the world.

Although he committed suicide in 1948 by overdosing on morphine — you should have stuck with weed, Walter! — the title of a book by Benjamin published in 2006 perfectly sums up his relationship with smokable plant life. It’s called, simply, On Hashish. 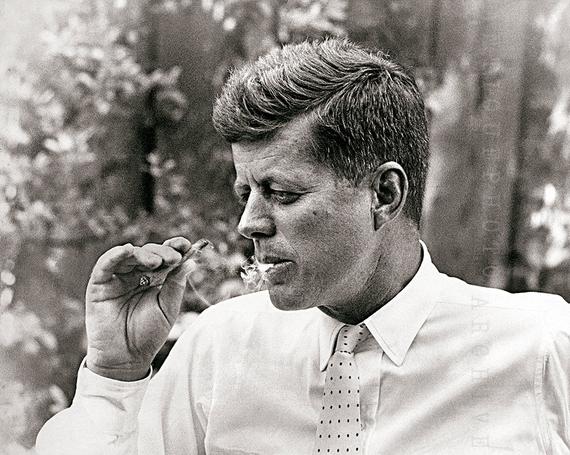 When we think of John F. Kennedy carrying out “extra-presidential” duties of his Executive Office, what usually comes to mind is smuggled-in movie starlets like Marilyn Monroe.

However, in his 2005 book, John F. Kennedy: A Biography, author Michael O’Brien asserts that on July 16, 1962, JFK blazed no less than three joints in the White House provided by highly connected socialite Mary Meyer.

O’Brien writes that pot made the president paranoid, prompting him to turn down a fourth joint and say to Meyer, “Suppose the Russians did something now.” The book also alleges that JFK compared pot unfavorably to cocaine and offered to hook up Meyer with some blow in the future. All that just makes it seem even more tragic JFK didn’t live to see the truly psychedelic end of the ‘60s.