As fate would have it, most of us spent the holidaze smoked-out indoors rather than celebrating out in the parks and on the streets. So Uncle Snoop put together a very special event for this year’s 4/20, including a chance to get lit in real-time with the Boss Dogg himself.

Yesterday, the D-O double-G performed a DJ set on MERRY JANE’s Instagram at exactly 4: 20pm PST to celebrate The Chronic’s global release on all streaming platforms and give out some prizes. All while smoking blunt after blunt, of course. 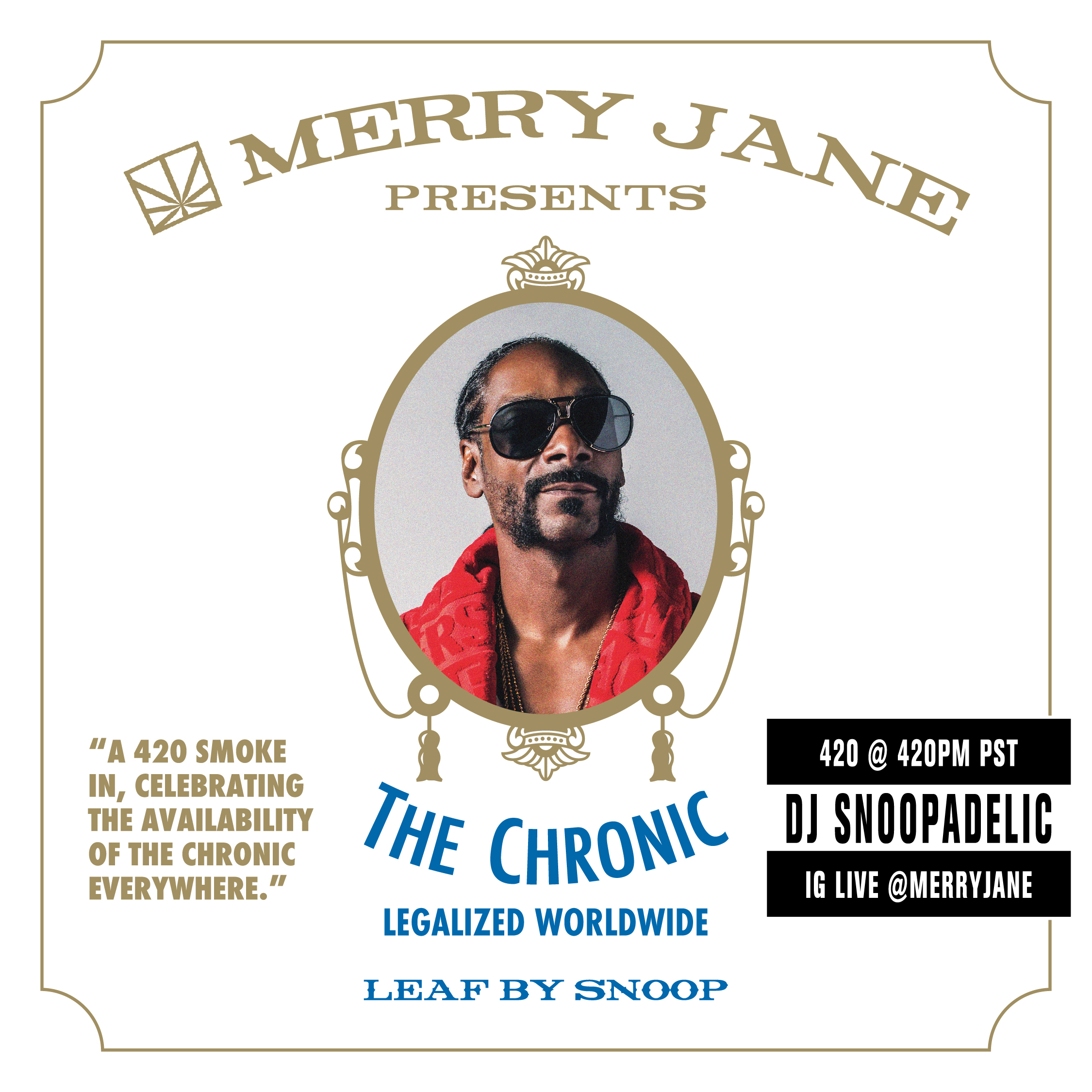 Presented by MERRY JANE and eOne, Snoop’s live DJ set, dubbed The Chronic Legalized Worldwide, followed a weekend of prize giveaway after giveaway on our site and Instagram (@merryjane), thanks to the help of our friends at Eaze, Storz-Bickel, Postmates, Tidal, and Spotify.

And Snoop dropped one last gift to everyone who tuned into his performance on Instagram: A free code on 4/20 for one delivery of fresh, local grub by Postmates, so folks vibing at home could stay quarantined during the entirety of the smoke-in. Snoop, MERRY JANE, and Postmates also teamed up with Feed Hero Nurses to get hot meals, free of charge, to California’s hospital workers who are still hustling non-stop on the frontlines. 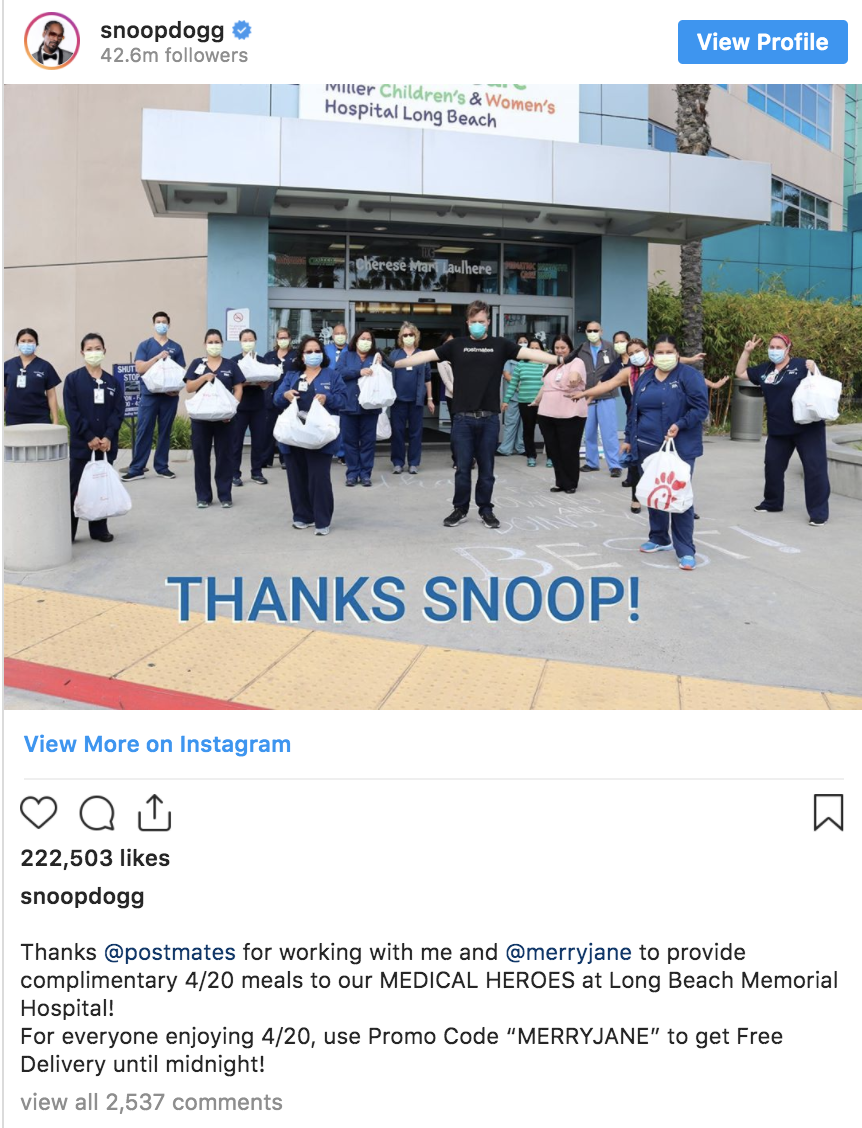 And for more on The Chronic, check out our latest articles on the iconic album’s rare trivia, unique takes on the album’s cover art, and quotes from influential artists who were themselves inspired by Dr. Dre’s timeless G-funk masterpiece.

On 4/20 at 4: 20pm proper, the livestream DJ set by Snoop launched at MERRY JANE’s Instagram. From the secure and cozy confines of his “Man Cave,” DJ Snoopadelic kicked things off with Brotha Lynch Hung’s “Situation On Dirty.” Next up was E-40’s “Rapper’s Ball,” then, to show some love for the East Coast, he dropped the Notorious BIG’s “One More Chance.” And about 30 minutes into the stream, Bad Boy Records’ head honcho, Diddy, even popped into the Instagram chat to say what up! Later on, we even got a cameo from Lil Duval!

Other tracks on the hour-long set included Snoop’s own “Tha Shiznit” and “Gin ‘n’ Juice,” King Tee’s “Played Like a Piano,” James Brown’s “Papa’s Got a Brand New Bag,” and Al Green’s “Let’s Stay Together.”

And, of course, Snoop had to include a few gems from The Chronic, like “Nuthin’ but a G Thang” and “Deeez Nuuuts,” to celebrate Dr. Dre’s iconic solo debut on the same day it re-launched across all music streaming platforms.

About halfway into the live stream, Snoop said to anyone and everyone on Instagram, “I want you to get up off that thang!” while Maceo Parker’s sax blew up on “Papa’s Got a Brand New Bag.” “That’s Maceo right there!” Snoop continued. “That’s that good vibe, right there!”

If you missed the live stream set, or if you just want to revisit it, feel free to kick back with a pack of Zig-Zags, a glass of Snoop’s new 19 Crimes wine, and check out a video of the event above!