Colorado is often heralded as America’s model state for cannabis legalization. But even after years of legalization, with the state establishing itself as one of the country’s cannabis tourism capitals, the Centennial State still has glaring issues of racial inequality.

According to a pair of studies reported by the Denver Post this week, Colorado police have continued to racially profile black and brown pot users, while Denver’s massive legal weed industry is overwhelmingly represented by white owners.

“This study sadly confirmed what was widely suspected,” Ashley Kilroy, executive director of Denver’s Excise and Licensing division, said in a statement. “Just like what has been seen across the state and in other legalized markets across the US, Denver does not have a diverse marijuana industry.”

On the other side of the legal cannabis spectrum, separate studies found that police across Colorado have significantly decreased their instances of cannabis interdiction. But when police stops and searches for contraband do occur, they almost always target people of color.

According to two new reports — one published by the American Civil Liberties Union (ACLU), and another published by a team of researchers from both Stanford University and New York University in the journal Nature: Human Behavior — law enforcement data makes it clear that people of color in Colorado are subject to police searches and vehicle stops at much higher rates than other demographics.

The university-led study “compiled and analysed a dataset detailing nearly 100 million traffic stops carried out by 21 state patrol agencies and 35 municipal police departments over almost a decade,” according to the researchers. They found that “relative to their share of the residential population… black drivers were, on average, stopped more often than white drivers.” The annual per-capita rate of state patrol stops was .10 for black drivers, and .07 for white drivers. And among municipal police stops, the per-capita stop rate was .20 for black drivers, and .14 for white drivers.

“We found that white drivers faced consistently higher search thresholds than minority drivers, both before and after marijuana legalization,” the researchers wrote. “The data thus suggest that, although overall search rates dropped in Washington and Colorado, black and Hispanic drivers still faced discrimination in search decisions.” 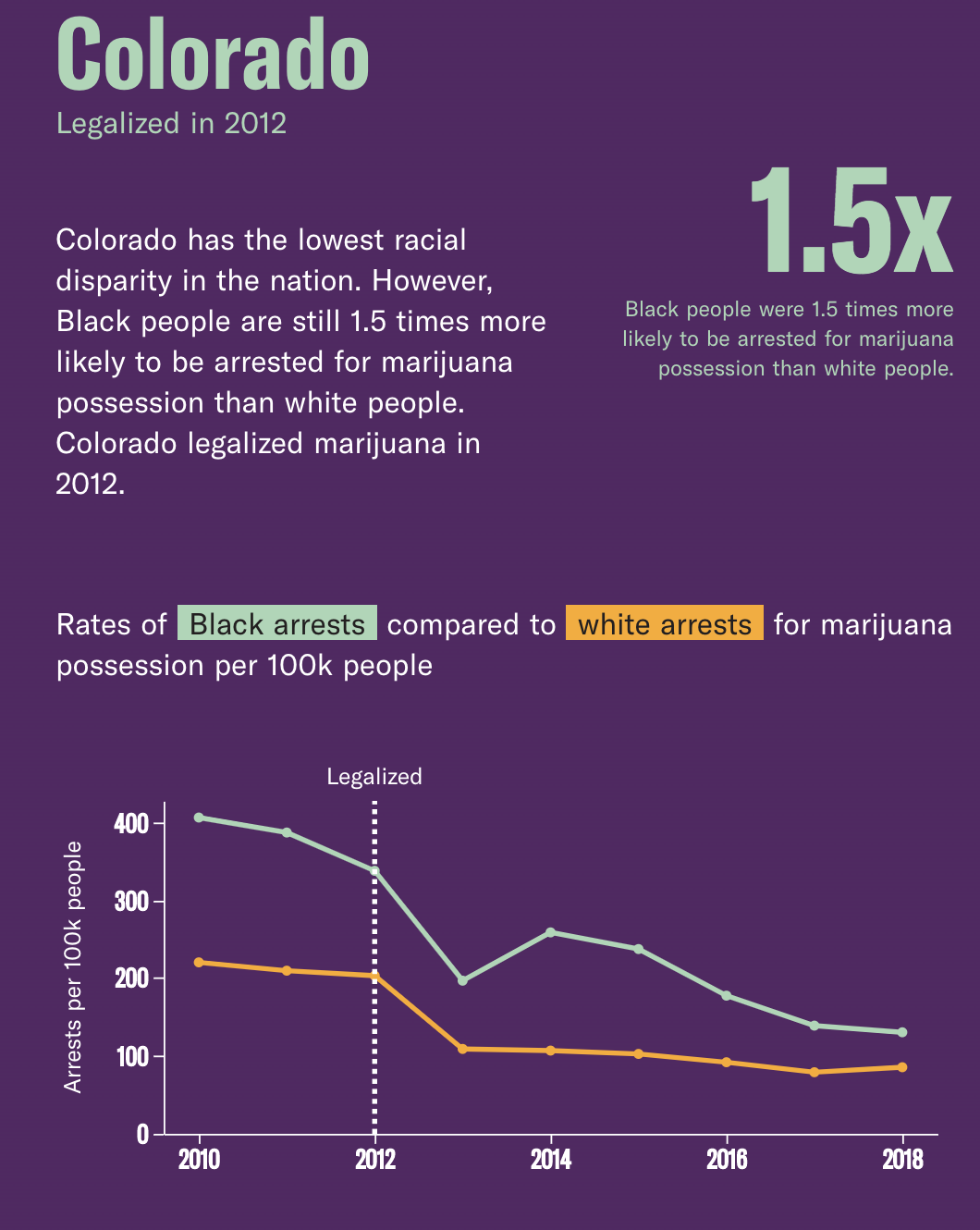 As the country continues to confront police brutality and the systemic, pervasive racism that exists in every facet of American life, state-specific legal cannabis industries will need to make significant changes at every level to reach any semblance of equality.